Leonidas Donskis – a farewell. How is it possible?

(1)
Krzysztof Czyżewski
aA
In that one split moment, in the morning hours at the Vilnius airport on the way from Šeteniai to St Petersburg, on that single Wednesday on the 21st of September, when the world was celebrating the Order of the Smile and people gathered in churches to Pray for Peace, on the anniversary of the passing of Virgil and the killing of 1159 Jewish neighbours by the death commando in Vėlučionys near Vilnius …; 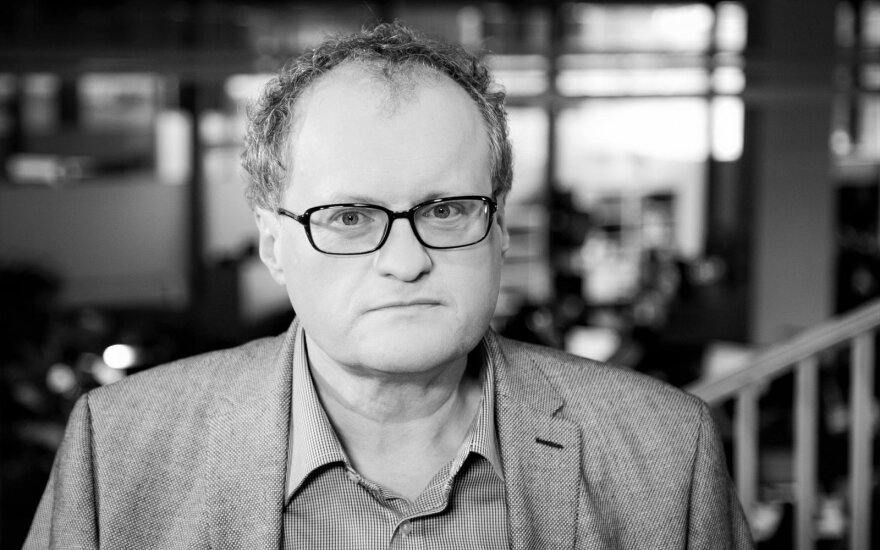 in that single moment, everything that was the future which has just begun, the getting ready for the flight, the calendar, packed full with dates, lying on the desk that has just been placed by the window overlooking the valley of the Nevėžis, the meticulously interconnected grid of ideas, wishes and dreams stretched on the horizon of the newly built nest in the vicinity of Miłosz, like a fisherman who has everything diligently organised at night so that he can sail out into the sea at dawn…;

in that single moment, all our common travel plans to Vienna and beyond, our plans about the books to write together, and about the symposia, about the spiritual pedagogical province in the Polish-Lithuanian borderland, about our Kastalia, to which we have already laid the foundations, and about us building invisible bridges together – the only real and accessible passages taking us to the shores of the Other…;

in that single moment, did everything become just past tense, Leonidas?

And your heart stopped? Not a single movement?

Many things have come to be. You were a writer, philosopher, teacher, an engaged intellectual, even a politician. Also a great orator, as we have witnessed more than once in Krasnogruda, or when reading your dialogues with Bauman or Venclova. You were a builder of moral imagination which, in the epoch of “fluid emotionality”, gives one the support of love and friendship. You were the living testimony of truth, the search for which is tantamount to effective doing confirmed by history.

But our time, Leonidas, is not yet past perfect. Let me just remind you how we have always told ourselves that this temporal category does not apply to the craft of bridge building. Things are no different now that your heart has stopped. There is movement around your heart, Leonidas, a movement which will stir it awake, which will keep on waking it up and bringing it to people. Continuously. There is no “you were”, there is only “you are”, only the future imperfect which, after all, is the same as the past imperfect. Once time is liberated from the burden of necessity, which confines us in all that is finite and past, it starts to follow its own rules, beyond the control of death.

There is no “you were,” I beg! The moment, entered in the calendar of fate under the date of September 21, changes only one thing: your being will no longer be determined by the nights you stayed awake, by the books that have not yet been written, or your travels with not a minute of rest. Now we, your brothers and sisters from this generation and all the generations to come, who feel and will feel the movements of your heart, shall lay the stones on the foundations of Kastalia, translate and publish your works, meet in dialogue and deed so as to continue your search for truth, good, and love.

This is the moment, Leonidas, when we are found by the voice once heard by Miłosz in his dream, “an order or an appeal in an unearthly tongue:/ day draw near/ another one /do what you can.”