1
LT Daily, DELFI
aA
An Iraqi migrant family, which were the first to arrive in Lithuania under the European Union's refugee resettlement programme last December, is suing the Migration Department for not granting them refugee status. 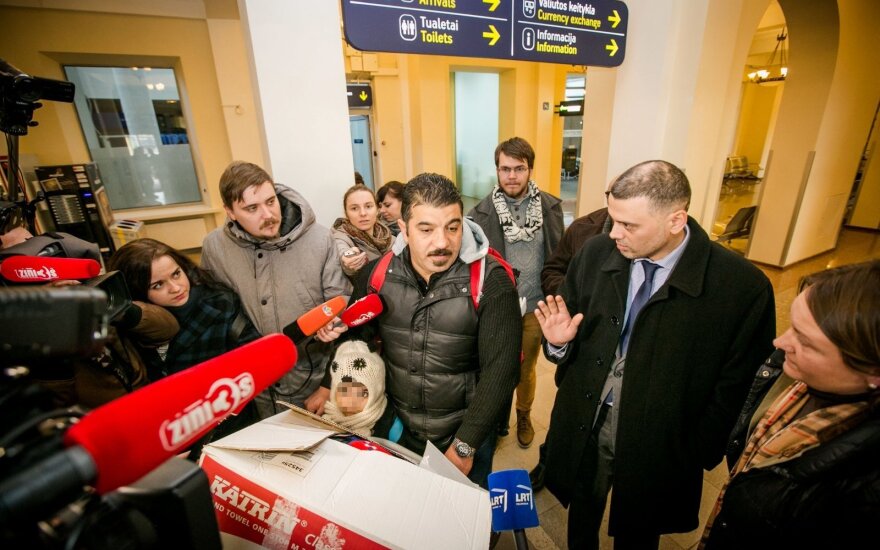 The family, which has been granted legal protection instead of refugee status, has filed a complaint against the Migration Department's decision, Evelina Gudzinskaitė, acting head of the department confirmed to DELFI.

"The Migration Department has made the decision and they [Iraqi family] lodged a complaint at a court," she said. "Under the law, every decision by the Department can be appealed in court."

The case will be heard by Vilnius District Administrative Court.

The so-called additional legal protection they have been granted allows the Iraqi family to reside in Lithuania for two years. The residency permit could be extended after that. However, should the authorities deem that the circumstances that made the Iraqi family flee their country have changed, they could be forced to repatriate.

Refugee status would have granted permanent residency in Lithuania to the Iraqi family.

"After looking into the case, it was decided that they should be granted additional legal protection," Gudzinskaitė said. "These [additional legal protection and refugee status] are separate types of status that can be granted for different reasons. One permits permanent residency, the other one, temporary, but both are equivalent in terms of protections they confer, they give equal guarantees to live in Lithuania and make use of integration opportunities. It is normal practice used in the EU."

She did not disclose the reasons why the migrant family was appealing against the decision, quoting personal data protection.

The family of four arrived in Lithuania last December. They said they had to flee their country to escape religious persecution. They are currently being accommodated at the Refugee Reception Centre in Rukla, in central Lithuania.

Lithuania's Interior Minister Saulius Skvernelis was asked about the case on Info TV programme Alfa Savaitė on Sunday evening and said: "They were indeed granted the status that protects them from potential threats, that is, temporary legal protection in Lithuania; once these threats in their home country are gone, they will have the opportunity to repatriate."

Lithuania has agreed to resettle 1,105 refugees over two years under the EU refugee resettlement programme.

The first group of Iraqi refugees relocated to Lithuania through an EU programme arrived in Vilnius...

Immigrants to Lithuania happy to stay for long term

Many immigrants to Lithuania are happy with their lives here and are not planning to move back to...