Hour of the star for Prienai: Basketball club welcomes US celebrities

(1)
BNS
aA
Prienai, a city in southern Lithuania, is living the hour of the star – it has become the Lithuanian city with most mentions in international media after a local basketball club signed a contract with US celebrities. 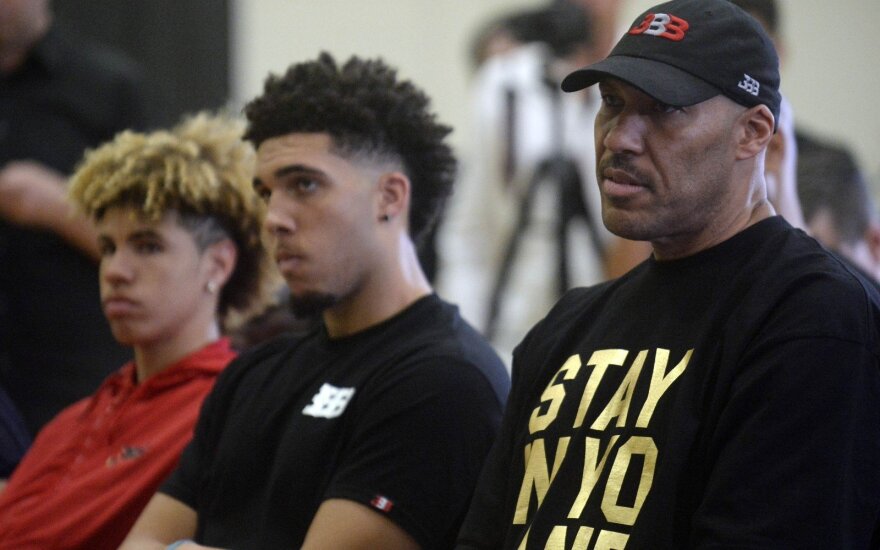 Teenage siblings from the famous Ball family should arrive in Lithuania on Wednesday evening to start their professional careers in the Vytautas Prienai-Birštonas club.

PRIENAI GOT BALLS!!!!! is the welcoming sign for brothers LiAngelo and LaMelo Ball put up by a local pizzeria Tango Pizza in a city of 10,000 residents.

"We thought it should be fun. It is also a show for them," said Jaunius Mališauskas, the owner of the establishment.

The basketball club, Vytautas, does not expect the 16-year-old and the 19-year-old Ball siblings to be a major help for moving from the bottom of the Lithuanian Basketball League or going up in the Baltic Basketball League where it is currently 4th in its group, saying that the Ball project is purely commercial. After the signing of the contract, Vytautas has already secured sponsorship of one company and is currently holding talks with a few other potential sponsors.

The Ball family made headlines in the past years due to the strong-worded statements by their father LaVar Ball and their brother Lonzo's performance in the NBA. Some people say the family is something like the Kardashian clan in the US.

"We have no experience with such stars here, however, if they take this seriously, Prienai has successfully raised a number of basketball players," said Prienai Mayor Alvydas Vaicekauskas.

A Joke or an Opportunity?

After Prienai signed the contract with the Ball brothers at the beginning of December, the names of Prienai and Lithuania made a ripple through the United States media, with TV anchors making repeated attempts to correctly pronounce the city or the club the brothers will play in.

Nevertheless, it was not only the positive attention – many joked about the poor English language of Vytautas head coach Virginijus Šeškus or his alleged attempts to sell bacon from the trunk of his car.

"We will finally show the world what we are. It should be a superb opportunity to promote ourselves," said Neringa, a local businesswoman and a housewife.

Martynas Venckevicius, an employee of a timber business, said the arrival of the Ball brothers was still hard to believe.

"When I and my colleagues at work heard about their father looking for a club for his sons around the globe, I joked it would be fun for them to come to Prienai. It is now odd to hear that this is really happening," said Venckevičius, 26.

Attention from The New York Times

LiAngelo and LaMelo Ball should play in Vytautas for at least a month, with the possibility to terminate the project any time later.

The club is the first professional team for the US players.

Owners of the Tango Pizza in central Prienai expect to the Ball brothers to sign the T-shirts before putting them up on the wall of the pizzeria, as the siblings have already announced plans of visiting the place.

The businessmen said their father was also expected at the pizzeria, pledging to name the pizzas and burgers they like the most after them.

"We have to take the opportunity. It is the first and the last time for Prienai when we have been covered in The New York Times," said Dovile Mališauskienė, while standing next to Lithuanian and US flags hanging in the pizza place.

The two teenage sons of LaVar Ball , a flamboyant Los Angeles businessman who has made headlines due...

The Ball brothers may bring Lithuania more harm than good (3)

Lithuania's Tourism Department has expressed disappointment over the refusal of the crew of the...