www.DELFI.lt
aA
On this day in 1323, Grand Duke Gediminas, the ruler of Lithuania at the time, wrote a letter that has become the first known historical mention of the name of Vilnius. This January 25th is the Lithuanian capital's 693rd birthday! 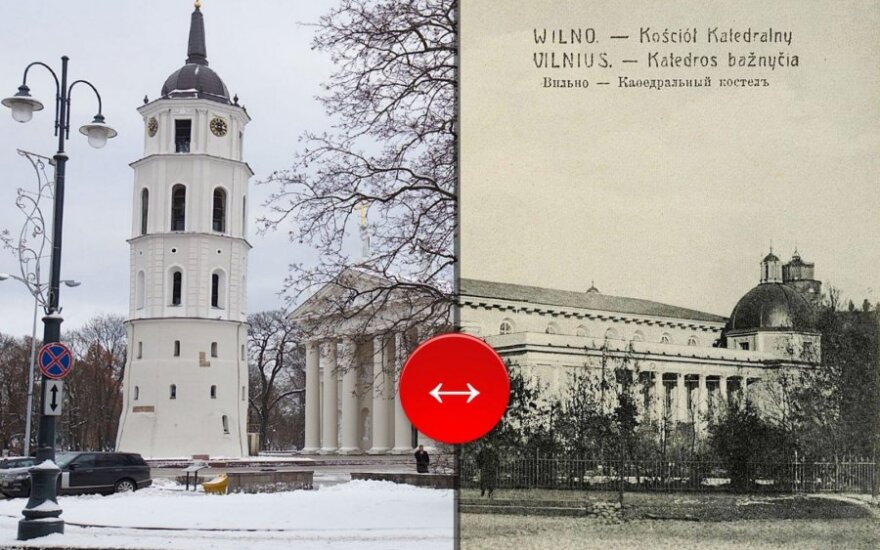 Vilnius then and now
© DELFI

“Right now, Vilnius is experiencing a good and beautiful period. We are changing from a Soviet city back into an open, multi-cultural, creative and dynamic European national capital. We've been allowed to observe a beautiful transformation,” said the capital's former head architect, Mindaugas Pakalnis.

DELFI collected a series of before-and-after historical photo pairings of Vilnius that our readers can use to compare how the city looked then and now.

“If we compare what we had in the 19th century and what we have now, there are all sorts of changes. Some places have clearly become more beautiful,” said Pakalnis.

Related articles
Vilnius decorated in road signs of the Way of St. James

More than 100 years ago, Gediminas Avenue and the city's old town looked abandoned and had many unfinished buildings, according to Pakalnis.

“The Avenue itself might have been made according to the canons of the time, but the Old Town was very dirty and shabby,” the architect said. “Now, Vilnius is different in many ways. Old Vilnius was much more decrepit, it wasn't as shiny and bright as it is now.”

Pakalnis said that Vilnius' face changed rapidly over the last 20 years: “Vilnius changed from a provincial city to the capital of a European nation and these changes are clearly visible.”

Užupis and the church tower of the Blessed Virgin Mary Our Lady of Consolation in 1935. T. Vinicko phot./Jurgis Hopenas