Hanukkah candles lit in the Presidential Palace for the first time

Dalia Plikūnė
Parašyti
autoriui
aA
One of the most important Jewish celebrations, Hanukah, was also celebrated in the Lithuanian Presidential Palace. 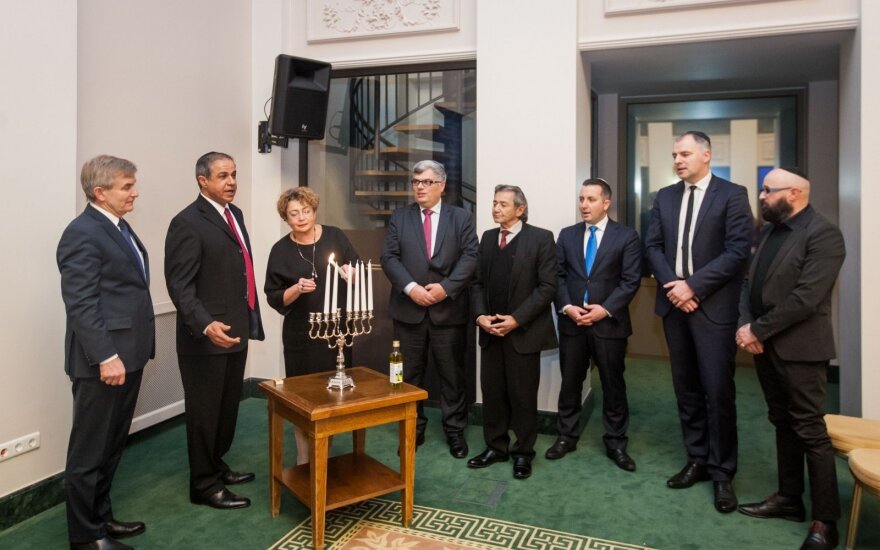 Lighting of the hanukkiah at the Presidential Palace
© DELFI / Orestas Gurevičius

The sixth Hanukah candle was lit in the hall of columns. The holiday evening featured a presentation of the history of Hanukkah, songs were sung in Yiddish, performed by tenor Rafailas Karpis, much of whose work is dedicated to the Jewish cultural tradition and who seeks to present it to the public.

Based on the Hebrew calendar, Hanukah begins on the 25th day of the Kislev month, however based on the Gregorian calendar the celebration is held on differing days every year in November or December.

The festival is observed by lighting the candles of a candelabrum with nine branches, called a Hanukkah menorah (or hanukkiah). The first and the auxiliary candles are lit on the first eve of Hanukkah, with an extra candle lit every following day, all the way until on the eight day all nine candles are lit.

The hanukkiah is one of the holiday's symbols and signifies the victory of light over dark to the Jews, good over evil. During the celebration, Jews light a candle in the traditional candelabrum every night until all candles are lit on the eight day.

Hanukkiahs are set up across the world and reflect the idea of religious freedom for all of humanity. In Vilnius they have been lit for several years in a row now. To the Jews, the seven candles of the hanukkiah symbolise human wisdom or the seven days over which the world was created, while the eighth symbolises the light granted by God or Sabbath. The tradition to light candles for Hanukkah spans all the way back to biblical times.

Hanukkah is a historical Jewish celebration which commemorates the events of II c. BC: the Jewish rebellion against the conquering Seleucids and the miracle of the temple of Jerusalem, when a tiny amount of oil for lighting candles sufficed for a whole eight days. During Hanukkah it is tradition to eat oily food, play with spinning tops or dreidels and light the Hanukkah candles in the evening.

Looking for traces of Lithuania in the world

If you can find a sparrow, you will find a Lithuanian, an old saying goes. There are more than a...

A large crowd gathered on Kudirkos Square to witness Rabbi Sholom B. Krinsky light the Menorah...

Hanukkah in Kaunas with Chassidic pop and traditional latkes

Residents of Kaunas and exchange students curiously glanced at a crowd, standing outside despite the...

This past Sunday, hundreds of people, Jewish and non-Jewish, packed into the Choral Synagogue on... 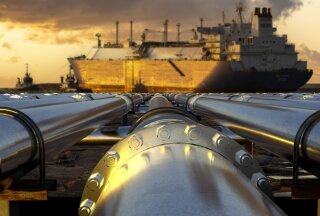 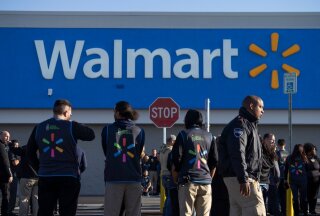 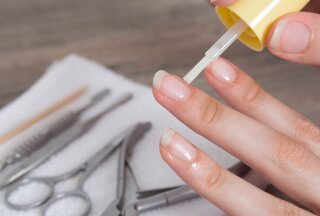