EN.DELFI
aA
Mentioning hamburgers or hot dogs often provokes comments they are not healthy. ‘Not necessarily!’, claims Reinaldas Janonis, chef and food stylist, and offers exactly these dishes to spice up the barbecue season, a Lidl press release states. 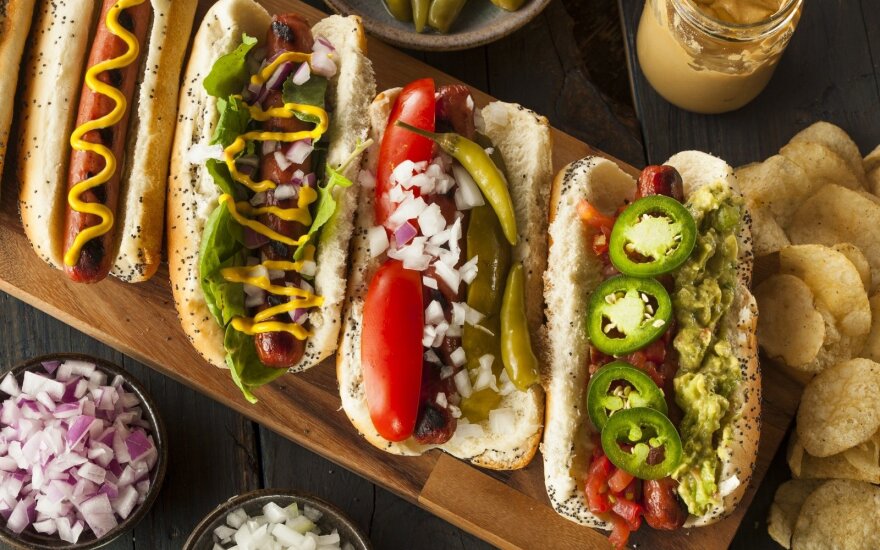 According to R. Janonis, the bun is the least favorable ingredient of the traditional hamburgers or hot dogs. Using a lot of sugar and butter for the dough creates a hard coat, which prevents the sauce from getting inside. The good news is that these buns can be replaced by any other bread or bakery product.

The meat can be selected according to an individual taste. However, it should not be too lean. 'If minced meat is prepared from a piece of own choice, I would even recommend to add some bacon, or pork. It will only add some juice to the steaks,' says R. Janonis.

Fresh meat patty is an excellent choice for making a delicious dinner or party at home. And while preparing for a picknick, it is worth to look around the shelves of the convenience products. According to Ilona Čiužienė, head of the sales promotion department of Lidl Lithuania, there are already prepared frozen burgers' patties with a mixture of flavored spices to purchase in the stores. These ones are especially convenient to store in your fridge for any occasions.

Chef does not recommend to use a variety of spices to season the meat. 'Sometimes it seems that we will soon forget the taste of real meat, which is actually good itself. Salt and pepper are enough to season your burger patty', says R. Janonis. In addition, it is worth paying attention to special burgers' and hot dogs' sauces, as well as pickles and vegetables.

It's worth experimenting with baked onions, sliced cucumbers and other traditional sandwich ingredients from America. For example, Lidl has devoted an entire theme week with the slogan 'Taste the American Dream' to the specialties from America.

It's important not to overdo the meat when preparing hamburgers so that they would look like the ones from those tasty TV commercials. 'The grill pan should be that hot so we can hold the hand above for 3-5 seconds. And let's keep the frying time very moderate. Surely not everyone likes it raw, but overdoing is not worth it, because the patties rush out quite quickly, after what they only get dry and shrink. It's better to sacrifice one patty and to cut it while grilling to make sure there is no blood and when the tested version gets ready, put them all on the table', says the chef.

It's even easier to prepare a hot dog. Just pick the sausages you want to taste. However, since some sausages are made with nitrite salts (E250). These turn into harmful carcinogens, called nitrosamines, at temperatures higher than 110 degrees Celsius.

'Almost all sausages which are suited for frying, are labelled as baking, barbecue, as for example Lidl Grill & Fun. The law does not allow these words to be used for sausage containing nitrites. Keeping that in mind, you only need to choose the desired taste and composition', says R. Janonis.

The chef does not recommend grilling sausages for more than 10 minutes. 'It's enough to hold over the coals until the sides are beautifully grilled. Unlike baking buns or patties for burgers, there is no danger for sausages to stay raw. Sausages are already heat-treated, so it's enough to warm them up and allow them to absorb the smoke,' says the chef.

The situation of Lithuanian rye is critical -- the amount of rye grown in Lithuania is decreasing...

On the 28th of June, after 3-year reconstruction Švyturys Brewery opened its doors in Klaipėda port...

The Best Restaurant in Lithuania has been awarded: Martynas Praškevičius triumphed for the second time

The best restaurant in Lithuania has been awarded to kitchen chef Martynas Praškevičius'...

Lithuanians’ favourite fruit and vegies and how to keep them fresh

Summer is the time when the kitchen is filled with different types of fruits and vegetables....