...
BNS EN
aA
Documents of Lithuanian guerrilla of the Tauras unit have been discovered in the Marijampolė district, southwestern Lithuania, the Special Archive said on October 4. 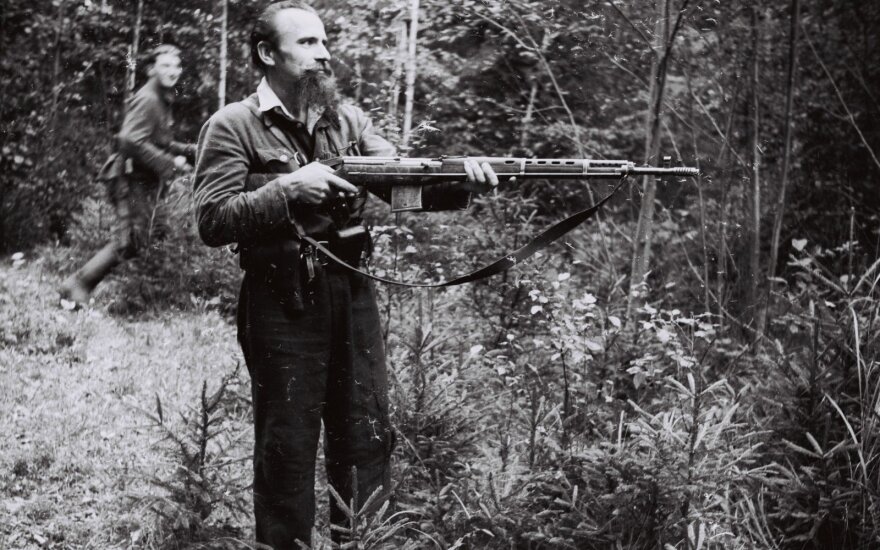 The archive agency said this was the largest set of guerrilla documents found in one place over the past two decades.

Initial examination of the documents revealed that the can may contain about 2,000 pages, including 1943-1944 anti-Nazi publications, 1946 decrees by the Tauras unit chief, minutes of meetings of the Tauras unit, etc.

Restoration of the large amount of documents may take years.

Established in 1945, the Tauras unit county covered the counties of Marijampolė, Šakiai and Vilkaviškis. The last guerrilla of the unit, Justinas Balčius-Plutonas, was killed in 1957.

About 50,000 guerrilla, also dubbed brothers of the forest, fought against the Soviet rule of Lithuania after World War II.

More than 21,000 participants of the resistance movement, their family members and supporters were killed during the rule of Soviet dictator Josif Stalin.

Former members of Lithuania's anti-Soviet resistance movement have found documents from the Šatrija...

On Friday, a Kaunas court reopened the murder case of Adolfas Ramanauskas-Vanagas , the leader of...

A report about guerrilla fighting against the Soviet occupation after World War II is among...

Over 300 people on Sunday took part in a 10-kilometer walk in eastern Lithuania to honor the memory of...

After thousands of Lithuanians responded on Facebook to the Moscow attempts to spread propaganda on...

Why did the NATO film on the “forest brothers” frighten the Kremlin more than tanks?