Corruption barometer: 1 in 4 Lithuanians paid bribe in past year

D+ nariamsPrenumeruoti
BNS EN
aA
Lithuania remains among the most corrupt European countries – although Lithuanian residents paid fewer bribes to doctors and police officers in the past year, one in four residents have paid a bribe in the past 12 months, shows the Global Corruption Barometer published by Transparency International. 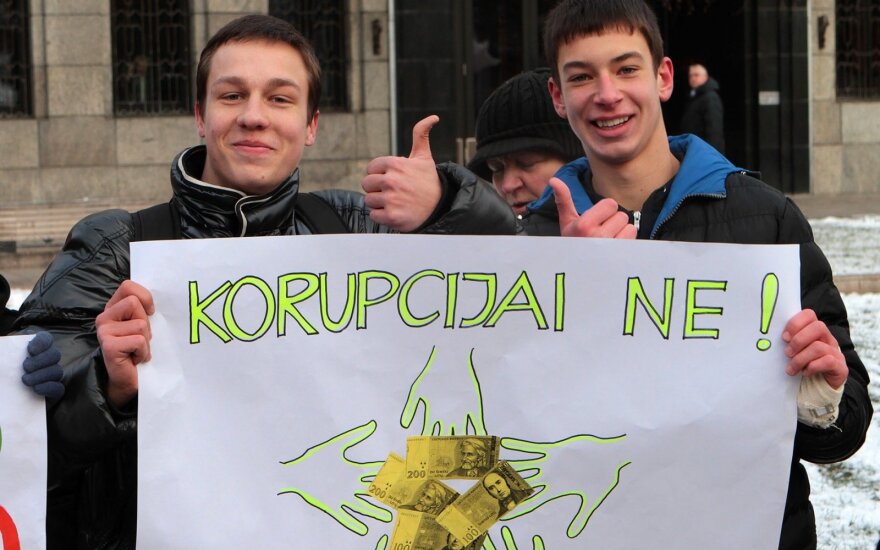 According to the poll, the number of Lithuanian residents who have bribed traffic police declined by a factor of four over the year to 6 percent from 23 percent in 2013, while 24 p

Some 16 percent of the Lithuanian population have admitted paying a bribe over the past year, shows...

MEP Guoga: a chance for the new Government to clean up

It seems that the new Prime Minister Saulius Skvernelis is very determined to fight against...

Daivis Zabulionis, deputy director of the Lithuanian Road Administration , has been sacked after...