DELFI EN
aA
“Creativity is what happens when all the rules that restrict your movement are dismissed, if only in one’s mind”, says Thomas Andrew Bryer, Professor at Kaunas University of Technology (KTU), Director of the Office of Downtown Community-Engaged Scholarship and Professor in the School of Public Administration at the University of Central Florida (USA). For him, art brings not only aesthetical pleasure, but also inspiration for teaching. 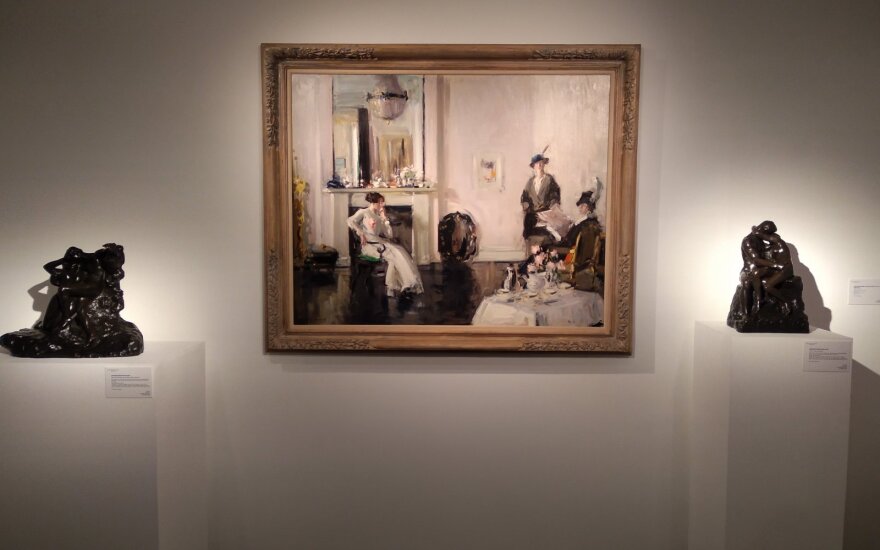 “I have an assignment in one of my courses in which students must choose a work of art—painting, sculpture, music, photography—and present it to other students as a reflection of their ideological values and biases”, explains Prof Bryer.

According to him, art not only provides a common language for people of different backgrounds and cultures, but also increases our understanding of each other.

In the interview below, Prof Bryer is talking about his professional choices, about his potential dream job as an Ambassador of the United States of America in Lithuania, his Lithuanian ancestry and the dual degree study programme between KTU and UCF, which started with a goal to change the shape of global education.

Related articles
Dario Martinelli. Would it be fair to suspend all films that fail to meet today’s moral standards?
Tornau wins competition for cultural attaché to UK

- Who are you? What comes first, when you start to describe yourself?

I consider first my role in society, which is a professor. This is an important consideration, as it defines how we interact with the world around us and how others in the world interact with us. It is also a consideration about my legacy or contributions in the world. I take comfort knowing that, though my name might not be remembered except for in obscure academic texts over the next generation or two or three, the ideas I present and about which I write and teach can live on. This is my ambition for who I am and who I strive to be.

- The field of your professional activities, how much does it influence who you are? In what ways?

My field is public administration. My areas of specialization are citizen engagement and design of institutions to help build civically healthy communities. Though the “traditional” role of the academic researcher is to maintain a distance from the subject of research in order to try being objective, this is not my approach. Through my research and teaching, I seek to empower and transform citizens and whole communities. It is scholarship with an action agenda.

In so doing, I try to live using the ideas that I teach: volunteer, ask critical questions to policymakers, challenge those who are discriminatory and unjust in their beliefs and actions, et cetera. Sometimes I am successful in faithfully doing what I say, and I try to be honestly reflective with myself about how and why I do not live up to the vision I have of the “ideal citizen”.

- How did you choose public administration as the field for your research and studies? 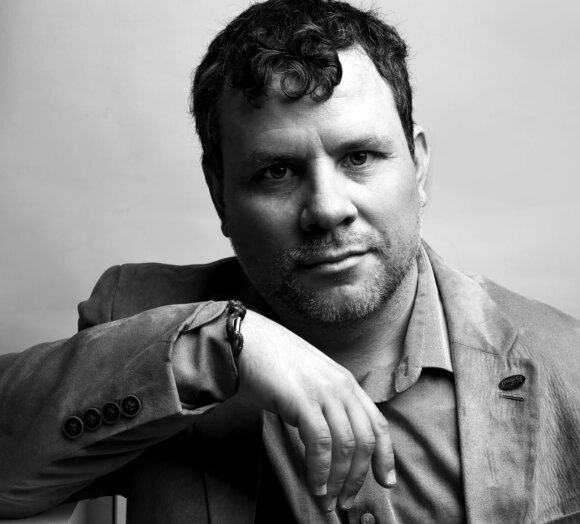 My passion remained citizen engagement, and my PhD supervisor helped me to model how I can bridge my interests.

- How far are you from what you imagined you’d achieve when you were, let’s say 20?

If I travelled back in time to my 20-year old self and tried to draw a line to where I would be 22 years later… let us just say I would not be anywhere close to the place where I am. At the time, I was finishing my BA in Political Science and preparing to start a job as a legal assistant. My aim was to go to law school, get a full-time job working for the United States Congress, and by the time I reached my 40s, I would be serving as an elected official. Young and ambitious, I saw myself seeking and winning election to higher-level offices over a long career in politics.

- Instead of being a career politician you are pursuing an academic career. How that makes you feel?

I never hesitated to walk in a different direction than where I thought I wanted to go. Luck and random opportunity created moments and opened new pathways for exploration. There are many detours that led nowhere, at least not yet, as well as paths I specifically declined to travel (it is more difficult to walk strange pathways as we take on more financial and family responsibilities). There were also paths that I wanted to take that were blocked.

However, if I drew a line now for where I will go in the next 20 years, it probably does not include elected office. If the line took me anywhere, my “dream job” is Ambassador of the United States to Lithuania.

- You are open about your Lithuanian ancestry. In what way this influenced your becoming a KTU professor and creating a joint study programme between KTU and the University of Central Florida?

I embraced my academic identity and brought it to the University of Central Florida, where I started my career in 2007 as an assistant professor. In 2011, I was asked to become director of the Center for Public and Nonprofit Management. This gave me the position, resources, and legitimacy I needed to pursue my agenda to reshape the function and identity of higher education institutions.

Once I was attending a conference in Washington, DC to listen to my Romanian partners give a presentation. There, on the same panel, I met two members of the Faculty of Social Sciences, Arts and Humanities from Kaunas University of Technology. With Lithuanian ancestry of nearly 100%, I asked these two if they would show me Lithuania if I visited. They agreed.

This led to the wonderful partnership, including a three-year Fulbright Scholar position at KTU, creation of an Erasmus+ agreement between the University of Central Florida and KTU, the launch of a dual degree program between the two universities, my appointment as professor at KTU, and my leading a project funded by LMT focused on emigration from Lithuania.

- What is the gender balance in public administration? Does it differ in different countries?

Core management practices (planning, budgeting, accounting) and values like efficiency and effectiveness defined public administration as it emerged as a professional field of study. Emphasis on these “hard” discipline ideas was further justified by suggestions that there should be a clear separation between politics/policymaking and administration, or what is usually called the politics-administration dichotomy.

Over time, there has been a “softening”. Guided by female influencers in the social work profession, ideas about shared power, empathy, emotional intelligence, and others have taken hold over several decades. My work on citizen engagement and empowerment embraces the “soft” skills but also must understand the language of the “hard.” Democracy and citizen engagement are messy, time-consuming, and potentially expensive, and the outcomes of a democratic process are unknown if it is implemented properly. This is a direct challenge to those who seek efficiency, maximizing cost-effectiveness, and managing with strict accountability procedures in place.

In the end, both approaches are needed. One, the soft, empowers workers and citizens to follow their passion; the second ensures government organizations are not wasting resources, committing fraud, or abusing power and authority.

- In these interview series, we are focusing on the synergy of technologies and arts, of fundamental and social sciences and humanities. In your opinion, in what ways exposure to humanities and art influences people?

First, they gain the ability to communicate with people across cultures and societies. Artistic expression provides not a common language but a common point for reflection and deliberation. I have an assignment in one of my courses in which students must choose a work of art—painting, sculpture, music, photographic—and present it to other students as a reflection of their ideological values and biases. Having this discussion through art is safer than stating contested ideas on their own or attached to contested policy issues where there is likely to be a significant debate.

Second, they gain an understanding of different people. The assignment I described does this as well.

Third, art has the potential to unleash creativity. I look at one painting that I saw in a Canadian museum and have ideas about the research I want to conduct, or teaching techniques I want to use. (I am happy to share this painting with you). The same can apply potentially to the most mundane of administrative practices.

- What is creativity to you?

Creativity is what happens when all the rules that restrict your movement are dismissed, if only in one’s mind. It is very easy to keep doing what is always done within the rules that are given to us. I find that when I start with a goal, I never ask about what the rules and procedures will allow me to do. This frees me to be creative. I design new approaches and then work to change the rules, waive the rules, or, sometimes, break the rules, in order to achieve my visionary aim.

One example is the dual degree program in public administration and non-profit management between KTU and the University of Central Florida. The goal we had was to change the shape of global education. There were many rules and barriers that stood between me and the realization of this vision.

The best summary comes from American author, James Michener: “The greatest temptation in life is to confuse dreams with reality. The permanent defeat in life comes when dreams are surrendered to reality.” Creativity is about focusing on dreams and changing reality.

Dario Martinelli. Would it be fair to suspend all films that fail to meet today’s moral standards?

The #blacklivesmatter movement has been marked by many initiatives in different spheres and...

Ula Marija Tornau has won the Lithuanian Culture Ministry's competition for the post of cultural...

Students that choose technological sciences are welcome in many companies, including space technology...