D+ nariamsPrenumeruoti
BNS
aA
Archeologist have found one of the most important parts of the Great Synagogue of Vilnius, the bimah – a raised central platform for Torah readings, the Jewish Community of Lithuania said on Thursday. 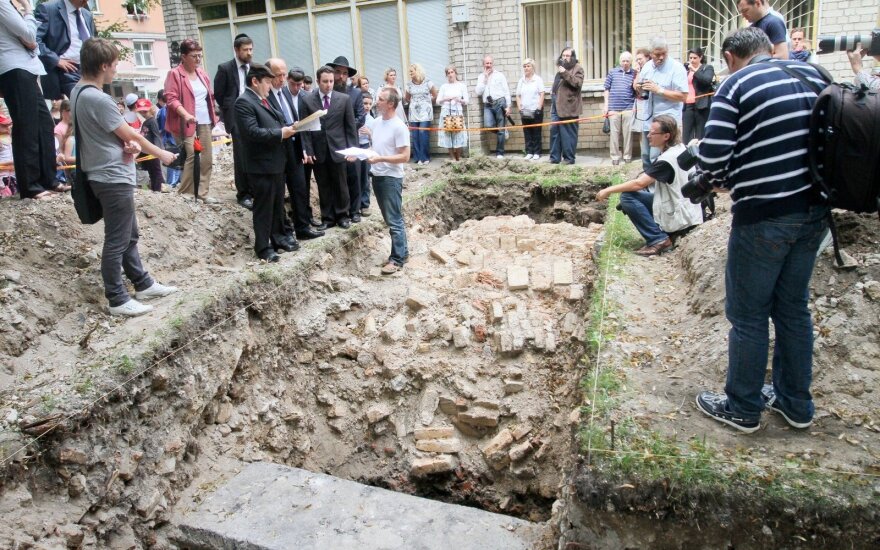 Installed in the XVIII century, the green-grown baroque-style Bimah was found under a former school which was built by the Soviets on top of the demolished synagogue in the 50s.

An archeologist from Israel will on Wednesday present the latest findings in the territory of the...

A team of archeologists returning to research the complex of the Great Synagogue of Vilnius for a...

Archaeologists from Lithuania, Israel and USA exploring territory of the Great Synagogue complex

Vilnius which is changing every day makes every effort to preserve values of cultural heritage –...

Remaining and underground remains of the Vilnius Great Synagogue have been listed in the register of...

BBC to make film about Jewish traces in Vilnius

Scientists from the United States are continuing archaeological tests in Lithuania in search of traces...

There are plans in Lithuania to erect a monument and this way honor the memory of Senda Berenson...

Some 4,800 dozes of the Johnson & Johnson vaccine, currently stored at the Health Emergency...

The Lithuanian government on Wednesday relaxed the coronavirus lockdown restrictions for guided...