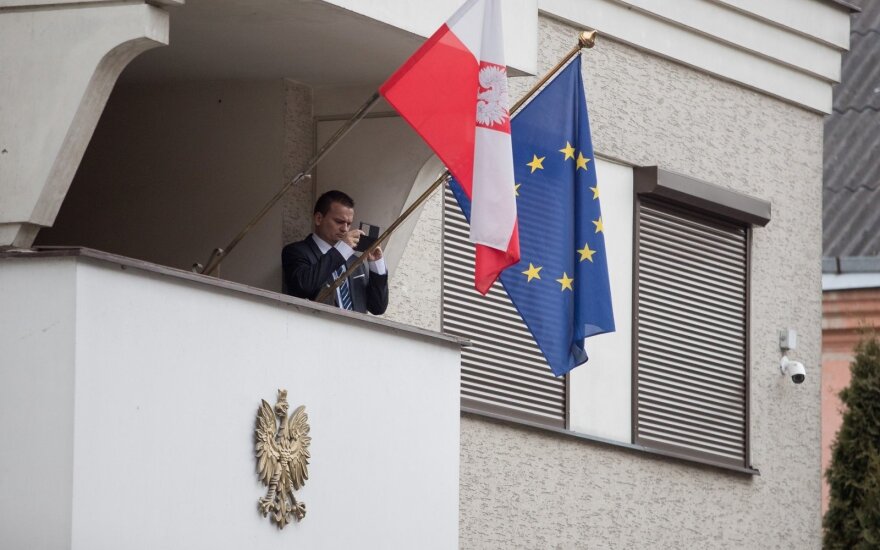 Urszula Doroszewska, Poland's ambassador in Vilnius, conferred the state awards on the individuals for their merits in developing cooperation between the two neighboring nations on the occasion of the anniversary of the Constitution of May 3, 1791.

Doroszewska noted that Poles and Lithuanians had made tremendous efforts to modernize the state 228 years back.

"The Sejm of Poland and Lithuania adopted the Constitution on May 3, 1791. It was Europe's first, and the world's second, main law governing the cosntitutional system of the state. It was the supreme law of the Commonwealth of the Kingdom of Poland and the Grand Duchy of Lithuania, which was home to many peoples. The Constitution was immediately translated into Lithuanian," she said.

Poland sees Lithuania as its strategic partner and expects that the issues of importance to the Polish community in Lithuania will be resolved, according to the ambassador.

"These issues need to be solved so that they can never again be exploited by our enemies in poisoning the relationship between Poland and Lithuania," she said.

Lithuanian citizens living abroad will be able to vote in the upcoming elections and referenda in...

The Stairs of Czeslaw Milosz have been unveiled in Krakow to mark 15 years since the...

The Polish government's support is insufficient to maintain the Lithuanian-language press and hold...