A Syrian refugee in Lithuania: His story, Syria's story (II)

(1)
aA
Redwan Eid, is a Syrian journalist and refugee who had to flee his war-torn homeland and is now one of the first refugees Lithuania has accepted into the country. Here is his story. 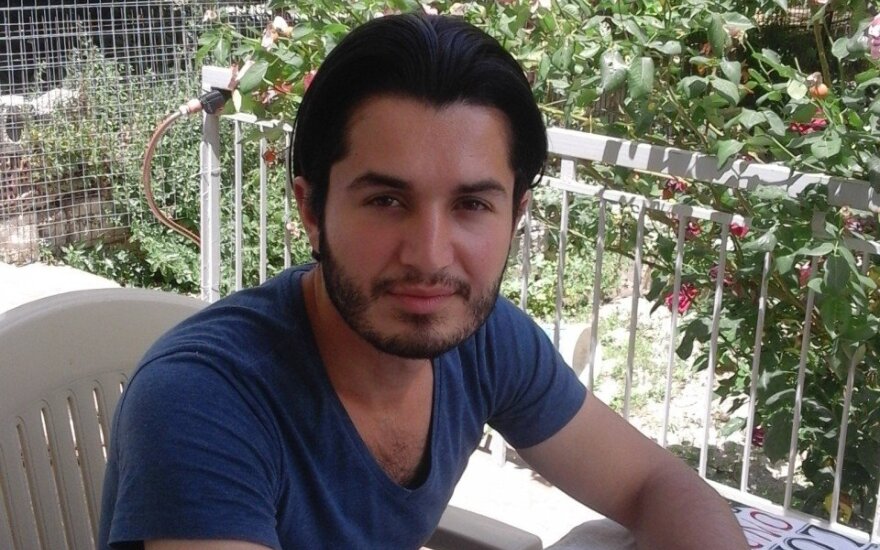 Redwan Eid, a Syrian journalist and refugee in Lithuania

Part I of Redwan's story

I first arrived in Gaziantep, where I stayed for a day, and called my friend who had already arranged for my stay in Mersin, where he was staying. He helped me get a room in a shared house, where the whole atmosphere was warm and strange.

The Turks were really very kind to us, and tried to help us as much as they could, almost in everything, especially when the early movement of the Syrian migration toward Turkey first started. Almost all the Syrians I got to know who witnessed that era told me the same thing about how kind and helpful the Turks were to them, helping them in getting houses, the neighborhood would cooperate to furnish the house, and others would help in getting a job for a member of the family.

So, getting to know the Turks day by day made me feel like their land was already my home.

I dreaded at the beginning, I was scared of any possibility of ending up a jobless guy. I barely had around 300 dollars in my pocket in that time, which my brother borrowed from his friends for me to travel and keep safe. I didn’t speak a single Turkish word at first, so I was really afraid of not getting a job. “How I am going to live here?” and “How am I going to cover the costs of the livelihoods in this new country?” and many other questions chased me day and night.

But I was and am equipped with many good skills, I write and speak English well, if not like my native language. I have some computer skills, including my experience in using design software like Adobe InDesign, which is used to layout newspapers and magazines.

Mersin hadn’t that journalistic environment in general, even though there was like a standalone “Syrian labour market” in Turkey due to the huge number of Syrians there, so I couldn’t find a job in the media in Mersin. My best bet left was to use my English, and I already gave English classes in Syria, so I thought, it was time for doing that again.

I went to the languages schools, where that city had many Syrian private languages schools, so I gave them my CV, and not so long after that, I was contacted by oneschool, a week or ten days at most after my arrival in Mersin, so the manager of that school invited me to a coffee to talk about a vacancy he had for me.

And there I started as an English teacher, where I was appointed to high levels only, including IELTS classes, where I could achieve big success, in that school, and in others that followed as my reputation started to spread among the Syrians there, and schools started to contact me to see who that guy was who spoke English very fluently with a noticeable British accent?

I continued in that domain until I moved to Istanbul to get back to the journalism career, where I started as a news editor and presenter at a Syrian radio station. It was a new experience for me to know what it meant to speak to people on the air, and what a news studio is like. I loved that experience, even though it was very tough.

I really want to express my gratitude to Turkey and the Turks as they hosted me and gave me the security and safety I needed and made me feel like I was among my family.

It was a quick, surprising decision I made to leave for Greece, as things got worse in the last period in Turkey in several aspects, then I received a call from my brother in Germany, talking me into heading to Greece to see where I can go further.

I never thought of leaving Turkey a day, not only because I loved it, but because I really hadn’t thought of such a step before, and if I wished, I would have been in Europe a long time ago, but I just didn’t think of that before.

My brother convinced me to do it, especially for the financial issues I went through in the last period of time I spent in Istanbul, and here I talked to some smuggler for that, through a friend of mine.

The smuggler wanted 600 US dollars for the boat trip alone, which was what I roughly had in that time, and I needed to borrow some more money to spend on the lifebuoy and life jacket, and after that, I was almost ready, where I and other persons headed to Izmir, which was where the smuggler took us to start the sea journey to one of the Greek islands.

We stayed for two days in Izmir, waiting for the weather conditions to get better in that time, then we made the journey in the dark night, where we could barely see each other in the middle of the sea.

Just as we were about to get to Chios, the Greek coastal guards took us to their ship and helped us to get safely to the harbour, where there were buses waiting for us to take us to the hotspots specified for the refugees.

Things there didn’t look that easy at the beginning, as we arrived late in time, where borders had already been closed in the faces of refugees, and it was not clear when those borders were going to open again. Later it turned out they wouldn’t.

EASO was a European programme for redistributing refugees to other European states that hadn’t taken enough shares in comparison with Germany, Austria, Holland, and Sweden.

EASO offered me to get into their programme for relocation, which is that a refugee gets registered in their programme and waits for a month until a decision is made for them on where to be sent in Europe, and in return, that refugee is going to be hosted in good accommodation, mostly hotels, once they have done their interview with EASO.

EASO tried very hard to convince me to be in their programme again and again, but I was stubborn, saying that I needed to have my time thinking, whenever they asked me to do.

I wasn’t convinced by their idea that a refugee can’t choose where to go. I mean, who would prevent humans from going to the destinations they would like to go to? I hoped for Austria, since my dream, the UK, was already impossible.

And therefore, I still hoped for the borders to open soon in that time, as it used to close for a while, and then reopen again, that happened every year since the Syrian migration to Europe had started.

I could see that the Greek police there paid me more attention and care than they did with the others, the thing that I loved and hated at a time, that not because I am a journalist, I should be treated differently than other refugees, and I wouldn’t lie to myself and say that I don’t want that.

I am not saying for a moment that the Greeks were bad to the others, not at all, but maybe they found me easier to deal with because I speak English very well, which helped me make myself understood to the others. To be honest, I always loved the compliments I was paid on how well I speak English, to an extent that all the people I talked to thought at first that I lived in the UK due to my British accent. “How come you are Syrian and speak English very well with a British accent even?” was the first personal question the EASO employee Tanya asked me after she finished her interview with me.

The next instalment of Redwan’s story coming next week