...
BNS
aA
A part of workers of Stokrotka, a Polish supermarket chain owned by Maxima Grupe, the biggest retail chain in the Baltics, are demanding higher wages. 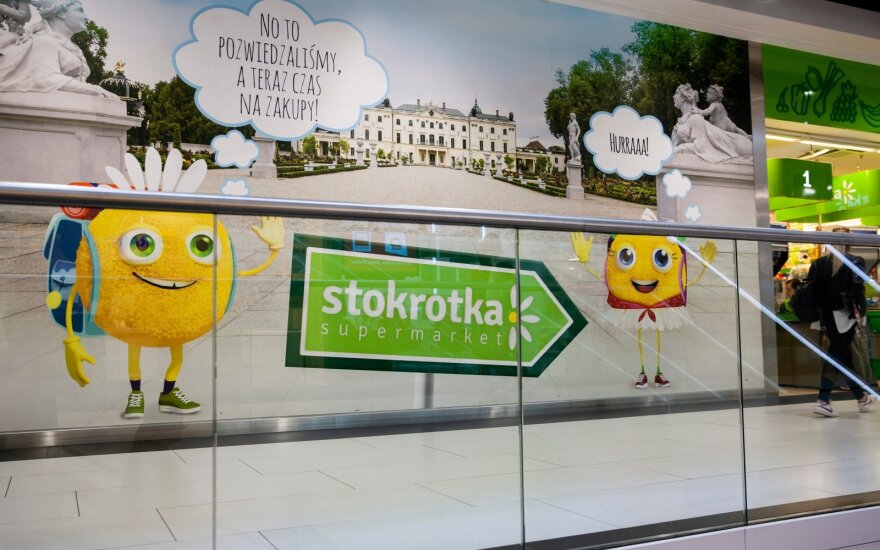 A protest action by Stokrotka's employees started in Lublin, where the company is headquartered, and then spread to other Polish cities, Dziennikwschodni.pl has reported.

Arunas Zimnickas, chairman of the management board at Stokrotka, says that the company is open to dialog and that wages in the chain remain at the market level and are above Poland's statutory minimum wage.

"The number of Stokrotka employees who participated in the action was insignificant and it ended on September 21, as planned by the organizers," Zimnickas told BNS in a comment.

"The company is open to dialogue with employees and trade union organizations based on respect to all sides and mutual partnership," he said.

Alicja Symbor, chairwoman of the Solidarnosc trade union at Stokrotka, says the company's employees are currently paid gross wages that only slightly exceed the statutory minimum wage of 2,250 zlotys (521 euros).

"We demand a 500-zloty pay rise for each employee. The management do not want to talk about that, so the time has come for protest," she told Dziennikwschodni.pl.

According to Zimnickas, Stokrotka "planned and implemented a pay rise this year as well as in previous years".

"The company pursues its remuneration policy in a responsible and sustainable manner, taking into account both the market situation and the company's financial position, its economic results and market trends," he said.

The Vilnius-based group owns retail chains operating under the names of Maxima in the Baltic countries, Stokrotka in Poland and T-Market in Bulgaria, and the Baltic online shop Barbora.

Maxima Grupe is part of the Vilniaus Prekyba Group, one of the largest retail groups in the Baltic countries and Central and Eastern Europe. Vilnius Prekyba is controlled by Nerijus Numavicius.