DELFI EN
aA
The Vilnius City Council approved a joint activity agreement between the Vilnius City Administration and the state-owned company Turto Bankas, as well as the involvement of the City of Vilnius in the implementation of the project for the arrangement of the Old Šnipiškės Cemetery of Jews of Vilnius in Rinktinės Street. The plan is to adapt the Palace of Concerts and Sports of Vilnius located in this place for activities of the Vilnius Congress Center, which meets international standards. 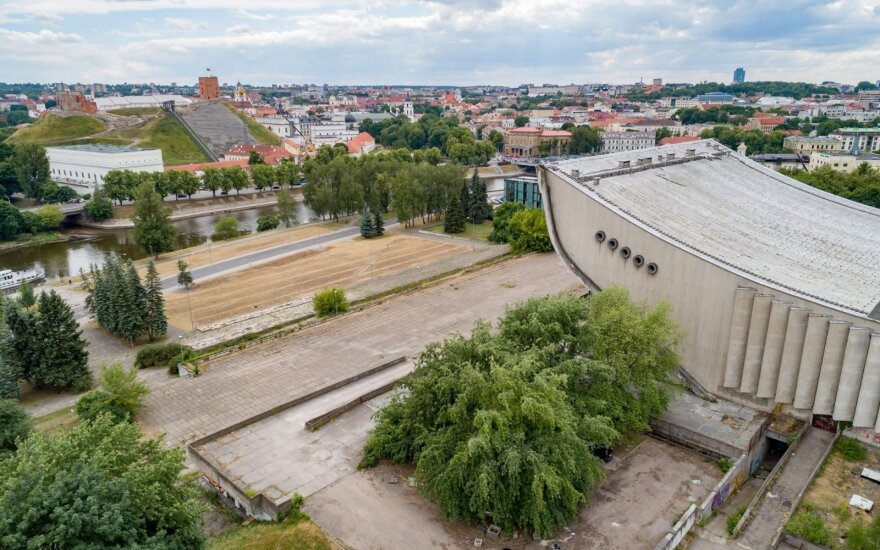 Turo Bankas plans to reconstruct and expand the Palace of Concerts and Sports of Vilnius built in 1971 by 2023, while the City is prepared to protect and to perpetuate the object next to this building, namely, the site of the Old Šnipiškės Cemetery of Jews of Vilnius protected by the state.

Works of arrangement of the territory of the cemetery will include the installation of footpaths, flowering lawns, renovation of pavements, elements of small architecture, lighting of the territory, installation of irrigation of the territory, also performing other necessary landscaping works – renovating the existing retaining walls, stairs, and installing information signs on the history of the site. All the works planned in the territory of the site of the former cemetery and its protection zone have been coordinated with the Lithuanian Jewish community and the Committee for the Preservation of Jewish Cemeteries in Europe. It was agreed that this reconstruction would help to both protect and adapt the surroundings of the Vilnius Congress Center for education and use.

“The territory of the cemetery will be arranged in observance of the principle of respect and peace as well as a very strict protection regime. Excavation works are not possible in the territory of the Jewish cemetery, so new pavements, lawns and flower beds will be installed using soil poured on the existing concrete slabs,” explained Rūta Matonienė, the Senior Adviser of the Department of Chief Architect of the City, who presented the project to the Council.

No new trees will be planted in this area for these same reasons, preserving the existing ones. Footpaths and ramps will also be installed on the existing concrete slabs.

The new partners will arrange a territory covering nearly 4 ha in total. This is where the old Palace of Concerts and Sports of Vilnius is located. The preliminary price of works of arrangement of the environment of the entire territory of the former cemetery is 3.4 million euros. The share to be contributed by the City of Vilnius in the preliminary value of the project is about 2.35 million euro. EUR, and Turto Bankas will contribute about 1 million euro.

The building of the Palace of Concerts and Sports of Vilnius will be expanded from 15 600 to 18 000 square meters according to a project of the Sigitas Kuncevičius Design Firm, also adapting it for activities of the Vilnius Congress Center, re-planning the premises and adapting them for conferences, congresses and other cultural events. Up to 10 conference halls of different sizes will be set up in the building, with the largest congress hall seating 2 400 people, also making it possible to have up to 4 000 visitors in cultural events.

The preliminary deadline for the implementation of the entire project is 32 months from the date of signing of the contract.

Representatives of State enterprises Turto Bankas, the Lithuanian Jewish Community, Committee for the...

A preventive claim was filed in the District Court of Vilnius City to prevent reconstruction works on...

Lithuania's leaders say that Šnipiškių Jewish cemetery would not be affected by the reconstruction...