(4)
www.DELFI.lt
aA
Representatives of State enterprises Turto Bankas, the Lithuanian Jewish Community, Committee for the Preservation of Jewish Cemeteries in Europe (CPJCE) and the technical project implementation matched a technical project for the reconstruction and adaptation of the Vilnius Concert and Sports Hall and the solutions for the preservation of the territory of Vilnius Jewish Šnipiškės Old Cemetery, Turto bankas informs in a press release. 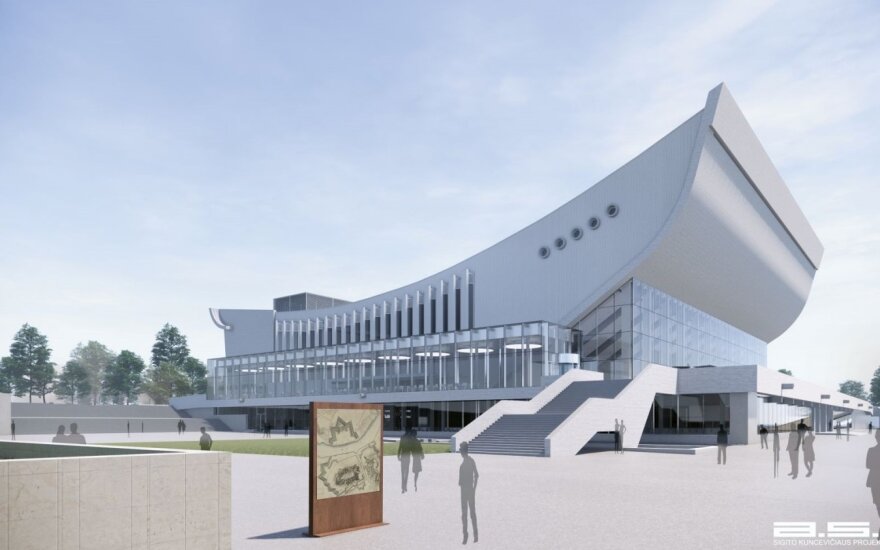 The solutions of the technical project have been prepared in accordance with the conditions of protection of the local territory and protection zone of Vilnius Jewish Šnipiškės Old Cemetery approved in 2009 between the Government of Lithuania and the Jewish Community of Lithuania. The protocol was approved by the European Committee for the Preservation of Jewish Cemeteries in 2016.

“We are happy to have been able to agree on this issue, which is of great relevance for both our state as well as the Lithuanian Jewish Community. This gives green light to immediate reconstruction of the congress center while ensuring due respect for the memory of the old Šnipiškės cemetery”, says First Deputy Chancellor of the Government Deividas Matulionis.

According to Mindaugas Sinkevičius, CEO of Turto bankas, the agreement reached will not only provide a solid basis for project implementation but is also an example of successful cooperation between the two cultures in protecting the historical heritage.

“Although the project pursues economic goals to turn Vilnius into a conference center for the Baltic States, the agreement reached is also an example of successful bi-cultural cooperation, that demonstrates respect to buried people and protects such a prominent Jewish heritage. Agreeing on essential project solutions, process opens the way for the completion of the technical project, the selection of the operator and the reconstruction work”, says M. Sinkevičius. 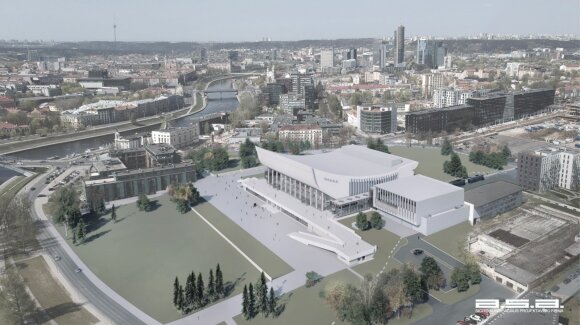 “This project was instrumental in stopping the continuous building and construction of residential buildings prior to the initial agreement in 2009, and reversing plans on building over the entire cemetery site. Furthermore, it will ensure the safeguarding of the cemetery and avoid any further threat of desecration or danger to the cemetery”, says Rabbi Abraham Ginsberg-Executive Director of the CPJCE. Rabbi Ginsberg has in the name of the CPJCE and the Rabbinical Board further expressed their appreciation for the close co-operation between all parties in reaching this agreement.

“The Jewish Community of Lithuania is working together with the European Committee for the Preservation of Jewish Cemeteries in Europe and is consulting on all issues. Our aim is to keep the souls of the buried people in peace and to show them respect they deserve. If the tombstones are not preserved, the memory of the Jews buried there must be dignified. The old Cemetery of Šnipiškės should become a part of the city. Perpetuation must conform to the requirements of Judaism canon‘s. I have no doubt that we will achieve that, ”says Faina Kukliansky, Chairwoman of the Lithuanian Jewish Community.

Both organizations agreed on the essential decisions of the reconstruction project, architectural plans, structures, communications, land and work organization plans. It also establishes that representatives of CPJCE will be involved in the implementation of the project. Thus ensuring the preservation of Jewish memory and cultural heritage.

With the development of the Vilnius Congress Center, Turto bankas plans to launch a tender for the operator of the complex in 2020. The selected operator will manage the center and ensure uninterrupted operation within the center. It is also planned to select a general contractor for the reconstruction of the building next year. It is planned that the Vilnius Congress Center will start in the end of 2022 – in the beginning of 2023.

The complex will include up to 10 of various sizes conference rooms, where congresses, conferences and other cultural events will be held. The largest conference room will accommodate up to 2400 participants. Also, there will be exhibition areas, catering facilities for people visiting events. Up to 4800 people will be able to visit the complex at a time.

The technical project is being implemented by a consortium of Archimenai, Design and Restoration Institute, Vilnius Architecture Studio and Sigitas Kuncevičius design firm.

Turto bankas on Lithuanian Government order acquired the Vilnius Concert and Sports Palace from Šiaulių bankas for 5.6 million Euros in 2015 and manages it.

A monument to Jew savers is planned to be built in Vilnius over the next couple of years.

The authorities in Lithuania's second-largest city of Kaunas plan to call a tender for the...