...
BNS
aA
As the numbers of air passengers are growing in Lithuania, a new airport could be built between the country's largest cities of Vilnius and Kaunas by 2035, the country's Transport Minister Rokas Masiulis says, adding that the final decision is expected in 2022. 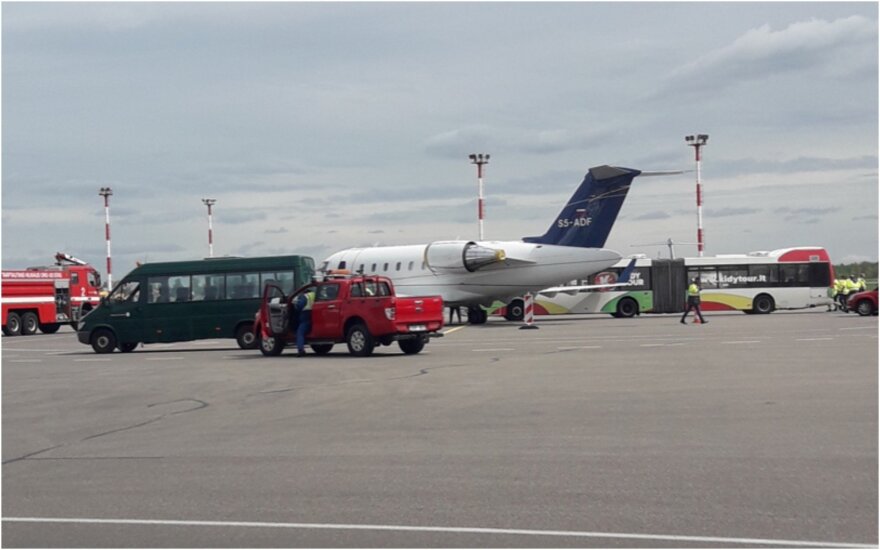 "If that large growth in passenger flows continues, we will have no choice as we will need a new airport, and there are plans to build an airport between Vilnius and Kaunas," the minister told in a press conference on Monday.

According to Masiulis, the idea to build a new airport between the two largest cities is not random.

"We want to have it close to Vilnius as the main center of attraction in Lithuania, and close to Kaunas to have a convenient railway access as the Rail Baltic's Vilnius-Kaunas section would be one of the key elements, if such an airport was to be built, to ensure faster access," the minister said, stressing that no decision has been made yet.

"Such a decision should be made in 2022. If that growth in passenger numbers remains as it has been so far and the airport was to be built, so it would be built by around 2035," the minister said.

In August, Masiulis said a new airport would not be built yet as it would cost too much. He then provided an estimate of 1.3 billion euros.

InterVistas Consulting, Dutch aviation, transport, and tourism consultancy, hired by Lietuvos Oro Uostai (Lithuanian Airports), the operator of airports in Lithuania, in 2017, also considered the possibility to build a new airport in Lithuania.

Lithuania is putting a lot of effort and is ready to test driverless cars , the country's Transport...

Palanga Airport is about to reach its capacity limits

Today, one of the most valuable currencies is time, especially in the business world. Any slowdown is...

New flights to Norway will start from Palanga in October

The number of road traffic victims in Lithuania has gone down at the fastest rate in the European...