BNS
aA
As the Baltic states have recently reopened their internal borders after two months of lockdown, representatives of Lithuania's tourism sector say this relaxation should promote outbound tourism. 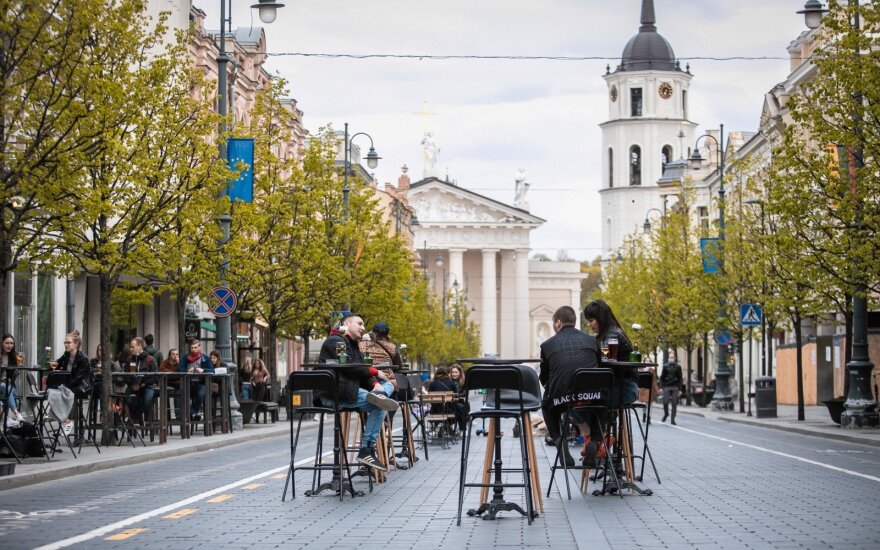 But Lithuania should do more to attract Latvians and Estonians as there are many rivals in this market, they say.

Hotels are slowly recovering in Lithuania, with representatives of hotels in the country's western resort of Palanga saying that they are 80-percent booked on some weekends.

Businessmen hope more countries will open up to accept tourists in the near future.

Zydre Gaveliene, head of the National Tourism Business Association, welcomes the opening of borders, saying Lithuanians should make use of that.

"Lithuanians are a very travelling nation and use every possibility to go abroad to just relax and look around, and they have always liked the Latvian seaside, and also Tallinn no longer seem so far," she added.

Nevertheless, Gaveliene said, the border-opening itself will not increase tourist flows, adding that Lithuania should do more to compete with other countries that are also opening their borders.

"Nothing will be that simple. Latvians know about Lithuania and make use of the opportunity. But we should not forget that there are many countries competing in the inbound tourism market. Greece announced several weeks ago already that it's waiting for tourists as of July 1, and Georgia has also recently said it's opening the doors, and Lithuania has not yet told anyone that it's opening up," she said.

Evalda Siskauskiene, president of the Lithuanian Association of Hotels and Restaurants, says tourism promotion agency Keliauk Lietuvoje (Travel Lithuania) and Vilnius tourism and business development agency Go Vilnius are drawing up a plan and campaign to attract tourists to Lithuania, with the initial focus on other Baltic states and later Poland, Germany and Israel.

"We are preparing a major campaign to invite Latvians to come to Lithuania. It’s our important market where we used to have an annual grow rate of 11 percent. Then we will think about Poland, Germany, and we are also considering Israel as it's also important for us," Siskauskiene told BNS.

Decisions on other countries will have to be made by the Ministry of Foreign Affairs.

Baltic residents are able to travel to other Baltic states if they have not traveled outside Lithuania, Latvia or Estonia over the past 14 days. But the existing documents checks in Lithuania will remain. There are no documents checks on the Latvian-Estonian border as Latvia did not reintroduce its internal border control.

Baltic citizens returning from foreign countries will still be required to self-isolate for two weeks and be able to do that in their home countries.

Lithuanian and Polish citizens can travel freely, if they travel for business, studies or work reasons, as of Monday.

Lithuania is further lifting restrictions on Monday as children are returning to kindergartens,...

Latvian president: we have restored the ‘little Schengen’ in Europe

"By opening the internal borders , Estonia, Latvia and Lithuania have restored the ‘little...

The Lithuanian government on Wednesday further eased coronavirus lockdown restrictions: it will no...

Skvernelis: lockdown likely to be extended with minimal restrictions

The national lockdown that was introduced in Lithuania in mid-March in a bid to stem the spread of...

Veryga: extending lockdown will be proposed once again

Lithuania’s government will on Wednesday consider extending the lockdown until the end of June,...