(1)
BNS
aA
Thousands of farmers, many on their tractors, launched a warning protest across Lithuania on Tuesday against the government's planned tax changes. 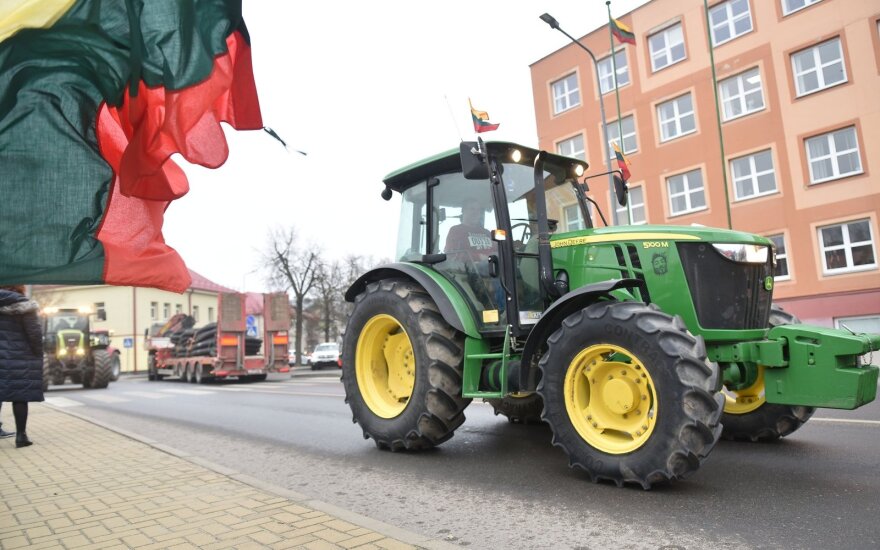 Julija Samorokovskaja, a Vilnius police spokeswoman, told BNS a "tractorcade" of 51 vehicles, escorted by police, was moving along the capital's streets.

According to Ignas Jankauskas, head of administration of the Association of Lithuanian Grain Growers, around 2,000 to 3,000 tractors were expected to join the protest.

In the district of Kaunas, some 150 tractors were parked at 11 a.m. on several roads leading to the Via Baltica and A1 motorways.

"This is a warning protest that started with the green cross initiative and has brought farmers together," he told BNS. "We want to show the authorities that farmers are united."

Farmers demand that taxes are not increased until the direct payments they receive reach the EU average.

Farmers started their protest in mid-November by erecting green crosses in their fields.

According to Jankauskas, around 10,000 such crosses have been erected across Lithuania.

Plans by Estonian and Latvian dairy cooperatives to build a 100-million-euro milk processing...

The European Commission and the European Investment Bank ( EIB ) launched a €1 billion loans...

Vilnius University (VU) said on Tuesday it will shut down for two days later this week in protest...

Lithuanian farmers will hold a protest in Brussels on Thursday to express their dissatisfaction...

Minister: direct EU payments to farmers should be capped at EUR 100,000

Creditinfo: men earn more than women in most companies in Lithuania

Men earn on average more than women in the absolute majority of companies in Lithuania, including...