Swedbank freezes accounts of Belarusian sanatorium due to EU sanctions

(1)
BNS
aA
Swedbank has frozen the accounts of a sanatorium in Lithuania's southern town of Druskininkai, which belongs to the State of Belarus, citing the sanctions introduced by the European Union. 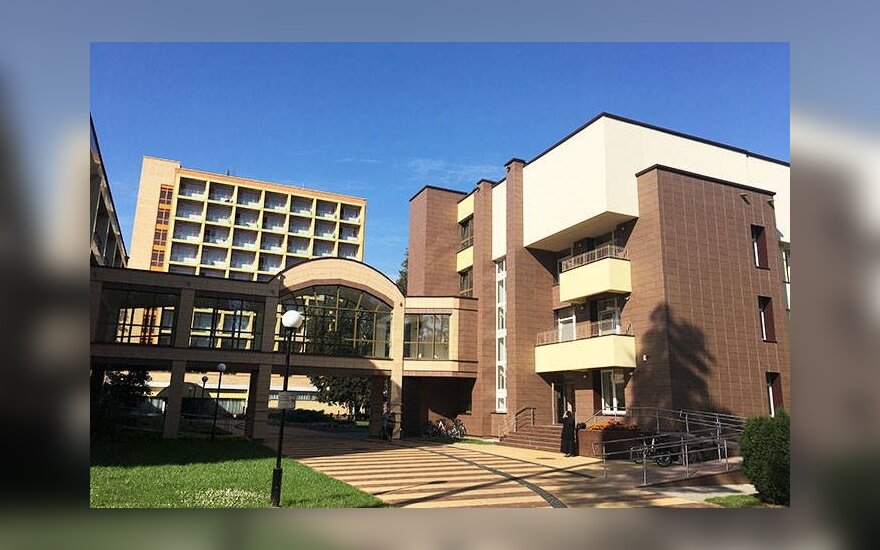 Ilya Epifanov, head of the Belorus sanatorium, says he has already turned to Lithuanian institutions, asking them for a possibility to pay his employees, the majority of whom are Lithuanian citizens.

Epifanov told BNS on Monday the accounts were frozen on December 18, and the bank cited the existing EU sanctions for Belarus as the reason for that.

The sanatorium is not on the EU sanction list, but the GHU – the Main Economic Office of the Administrative Affairs Office of the President of the Republic of Belarus – was put on the list earlier this month.

The GHU is the only stakeholder in the Belorus sanatorium, according to the Lithuanian Center of Registers. It operates as a public establishment.

"Our sanatorium was not put on the sanction list. I read the EU journal which says that, our sanatorium is not mentioned there. We have no connection to any natural person, we are a property of the Republic of Belarus, we have nothing to do with bad people or bad things," Epifanov told BNS.

Sauliaus Abraskevičiaus, spokesman for Swedbank, says that pursuant to the law, the bank cannot disclose information on services provided to specific natural and legal persons.

"In this specific case, we can say that the bank has informed the client about the situation and possible solutions regarding salaries and other compulsory payments," Abraskevicius told BNS.

"We are a successfully operating company that employs a lot of people, regularly and honestly pays all taxes, supports the State of Lithuania, and this situation is inconceivable for me," the head of the Belorus sanatorium said.

"We are now sitting and thinking what to do and how to live as a lot of people work at the sanatorium and we can't even pay them, although we have the money. We have turned to certain responsible institutions in Lithuania to allow us pay salaries, unblock the accounts, and we are awaiting their response," Epifanov said.

In his words, the majority of employees are on furlough since December 17 when the lockdown was tightened, but before that the sanatorium worked partially.

The majority of Belorus clients, mainly children, come for treatment from Belarus, but its head says also many people come from around the world.

The EU imposed sanctions for the Belarusian regime due to its crackdown launched against peaceful demonstrators, as well as vote-rigging. The GHU was put on the sanction list on December 17.

The Lithuanian parliament voted on Thursday to award the annual Freedom Prize to Belarus '...

A victim of the Belarusian regime's force structures has asked Lithuanian prosecutors to launch a...

Belorus, a Belarusian-owned sanatorium in Lithuania's southern town of Druskininkai, recently hit by...

Lithuania's parliamentary Committees on Social Affairs and on Foreign Affairs suggest giving the...

SunExpress will launch direct regular flights between Vilnius and Antalya

SunExpress, a joint venture between Turkish Airlines and Lufthansa Group, will as of April start...

The Taiwanese Representative Office in Lithuania on Wednesday confirmed plans to invest 200 million US...