EN.DELFI
aA
On the 28th of June, after 3-year reconstruction Švyturys Brewery opened its doors in Klaipėda port of Lithuania. Here, the modern craft beer line, gastrobar, shop, beer museum as well as conference and degustation halls fit under the same roof. The project is a joint investment of Carlsberg Group and Brooklyn Brewery, strengthening the partnership between two brewers to excel in European craft beer market. 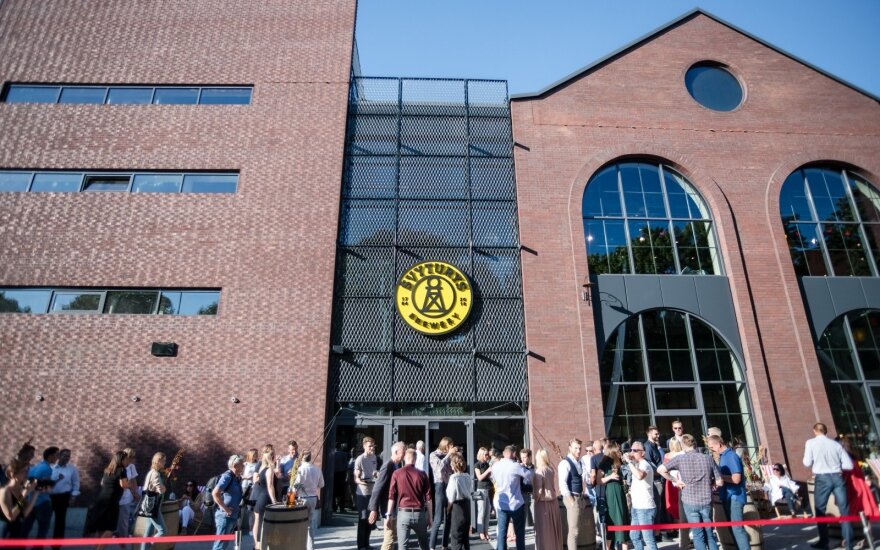 "Today Švyturys commences a new stage. From the closed manufacturing space, we are changing into modern, open and social place, brewing a perfect craft beer. We are ambitious to increase the beer culture of the country and to make Švyturys Brewery the centre point of this culture not only within Lithuania, but also within the entire region. I am sure that this day also marks beginning of greater changes in the whole brewing market of Lithuania," said Rolandas Virsilas, the Managing Director for the Carlsberg Baltic and Švyturys-Utenos Alus (Lithuania).

Related articles
The challenge of a healthy diet - how to eat on weekends while spending time in Lithuanian nature?
Health for the active: four tips for eating in a hurry

Švyturys is the third major joint project of Brooklyn Brewery and Carlsberg Group in Europe. Previously, leaders of craft beer market in the US, through cooperation with Carlsberg Group, opened craft breweries in Stockholm (Sweden) and Trondheim (Norway).

"In Klaipėda, we found a passionate group of brewers who wanted to introduce new styles and flavors to beer drinkers in Lithuania. It was natural for us to partner with like-minded brewers, who wanted to advance good beer culture," said Robin Ottaway, the President of Brooklyn Brewery, who came from New York specially to the opening of the brewery.

The renovated brewery produces craft and specialties beer of Švyturys and Raudonos Plytos brands. Moreover, jointly with brewers of Brooklyn Brewery new products will be created. The minimal lot of the beer produced here is 5000 litres, allowing flexible and small batches of beer.

The new equipment, designed by the German company Esau & Hueber, should allow maturing at simultaneously even 18 types of beer. The hop extractor equipped in the brewery in a novelty not only in Lithuania but also worldwide. Such equipment adapted to industrial manufacturing appeared just a few years ago and are manufactured only by two companies in Europe.

The highest exceptionality of the brewery is linking of manufacturing, educational and leisure spaces and the essential word here will be openness.

"It is the place for beer events and culture events. We shall demonstrate to visitors all manufacturing processes, tell them about beer and its combining with food and arrange degustation. Since now, the brewing is becoming open part of the social life. It will be a special place in Klaipėda," Andrius Bagdzevičius, the Marketing Manager at Švyturys-Utenos Alus said.

The situation of Lithuanian rye is critical -- the amount of rye grown in Lithuania is decreasing...

Mentioning hamburgers or hot dogs often provokes comments they are not healthy. ‘Not...

Beer sommelier suggestions: do beer and chocolate work together?

For a while now, food is being paired not just with wine, but beer as well. Beer is one of the oldest...