Some 200 new points of sale of illegal tobacco emerged

BNS
aA
204 new points of sale of illegal tobacco emerged in Lithuania, with their number going up by a tenth from a year earlier, the association "Lithuanian Without Shadow" says. 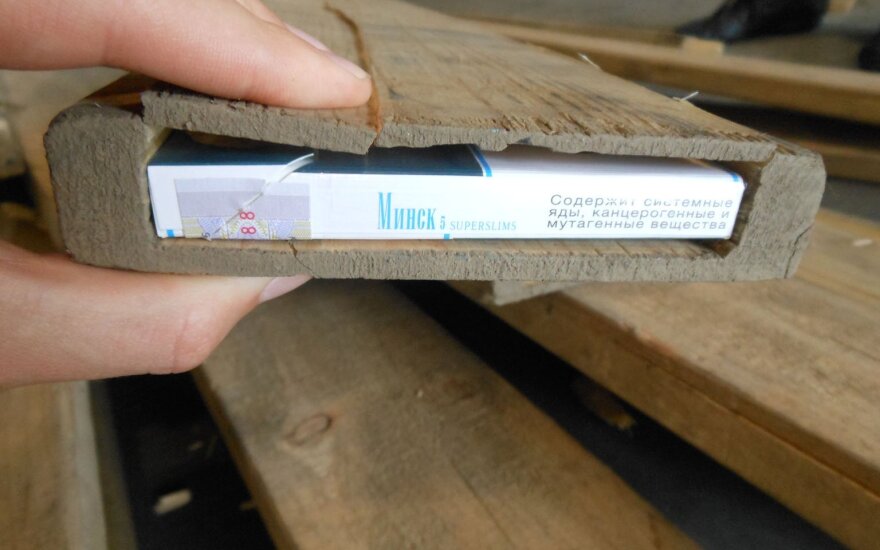 The situation has reached critical levels in border areas, the association pointed out.

Its head Kestutis Kupsys says a recent empty cigarette pack survey showed that every fifth smoked cigarette had been smuggled.

"Despite the economy growing and people earning more, nevertheless, it's obvious that the level of shadow economy remains high. Rising tobacco prices are bringing more revenue to smugglers, and the shadow in the Lithuanian tobacco market is the third largest players," Kupsys said in a statement.

Meanwhile, in Vilnius County, one new point of sales serves 1,747 people, and their number exceeds 800. 46 new points of sales emerged here over a year.

The recent survey by research company Nielsen showed that every fifth cigarettes smoked in Lithuania had been smuggled, with the smuggling scope having reached 21.3 percent by late 2019.

The survey also showed that contraband cigarettes made 16.8 percent of all smoked cigarettes in Latvia and 9.9 percent in Estonia.

One in five cigarettes smoked is smuggled

Smuggled cigarettes account for 21.3 percent of Lithuania's tobacco product market, up by two...

A secret underground cigarette factory has been found in Spain and the detainees include four...

The volumes of smuggled cigarettes detained in Lithuania almost tripled in the first quarter of this...

The market of illegal cigarettes in Lithuania has further expanded over the past year and remains...