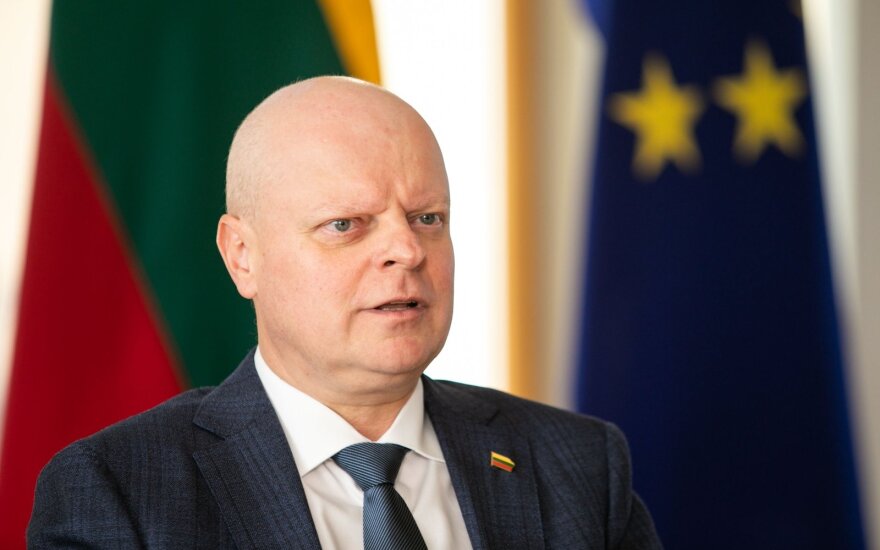 According to Skvernelis, the government cannot, based on "questionable assumptions", take decisions that would prevent the port and the state railway company Lietuvos Gelezinkeliai (LG) from receiving revenue from Belarusian transit shipments.

"If there are risks to national security, they must be identified, along with recommendations on how to manage them, which has been done," the prime minister told reporters on Wednesday.

"When managing risks, we can't allow questionable assumptions to undermine our ability to attract large revenue flows for the state and the state budget and its people," Skvernelis said.

"I'm speaking about the significance of these shipments for LG and the port of Klaipeda, and this is a huge part of our state revenue. Emotions or a wish to politicize can't overshadow that," he said.

"There are risks. The risks are known. Risk management recommendations have been issued," he added.

Biriu Kroviniu Terminalas' (Bulk Cargo Terminal, or BKT), which is co-owned by Udovickij and Belaruskali, plans to buy shares in Nemuno Terminalas, another cargo handling company owned by the Udovickij family.

The Cabinet discussed the deal at a closed meeting some time ago but did not inform the public about its decision due to confidentiality reasons.

Udovickij is the majority shareholder of both BKT and Nemuno Terminalas. The two companies are located next to each other in the port.

Based on data from the Center of Registers, Udovickij holds a 70 percent stake in BKT and Belaruskali owns the remaining 30 percent of shares. Nemuno Terminalas is 100 percent owned by Udovickij and Olga Udovickaja via Ferteksos Transportas.

Udovickij has told BNS that the deal is necessary to be able to handle Belarus' growing fertilizer exports via the Lithuanian seaport. It would help create a single complex with new warehouses for receiving cargo, according to him.

The conservative Homeland Union–Lithuanian Christian Democrats, the biggest opposition party in the Seimas, has asked the parliament's Committee on National Security and Defense to look at the issue, saying they are concerned about Belarus' growing influence in the Lithuanian port.

Germany's Homanit , which announced in early 2019 a 100-million-euro investment in a new wood...

Nauseda gets Zelensky's assurances over fertilizer exports to Ukraine

Lithuanian President Gitanas Nauseda says he has received assurances from his Ukrainian counterpart,...

An advisor to Lithuanian President Gitanas Nauseda in Thursday urged the government to appoint a new...