(1)
BNS
aA
The Lithuanian seaport of Klaipeda is the most cost-effective and efficient route for Belarusian exports, Prime Minister Saulius Skvernelis said amid reports that some port operators might be affected by strikes in the neighboring country. 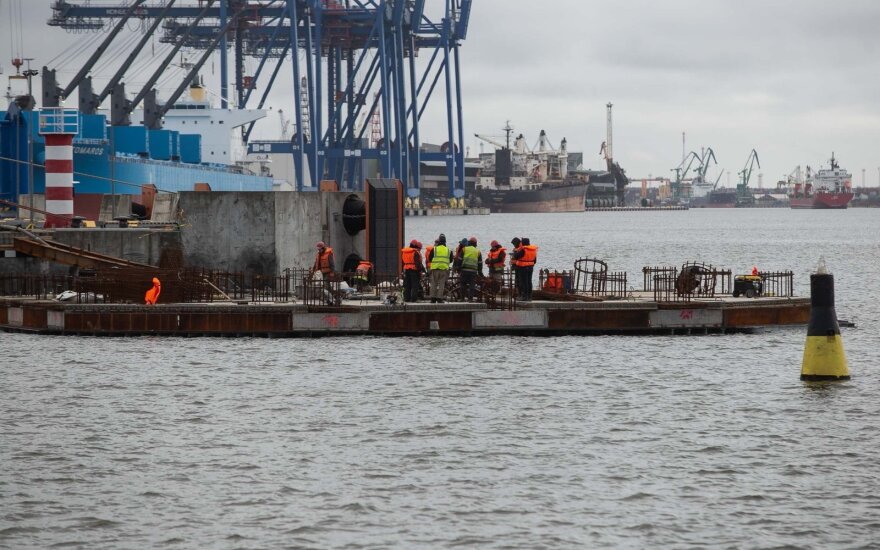 Skvernelis acknowledged, however, that Alexander Lukashenko's regime could use economic levers against Lithuania in revenge for its support to protests in Belarus.

"Yes, there are always attempts to use such levers. Today, we can only say that there is no more efficient, cheaper and more cost-effective route for Belarusian cargo than through the seaport of Klaipeda," he told reporters.

According to him, the Baltic countries stand united on this issue, and Lithuania and Latvia do not differ substantially in their positions, which leaves Russian ports as the only alternative choice for Belarusian cargo.

Related articles
Conservatives move to blacklist Lukashenko, his sons and 36 other Belarusians
MEP Austrevicius blocked from travelling to Belarus

The Klaipeda port and its companies say they are following with concern a wave of strikes in Belarus.

The port's authority told BNS on Monday that it might have to revise this year's cargo traffic forecasts.

The port handled a total of 14.1 million tons of Belarusian goods last year, accounting for 30.5 percent of its overall cargo traffic.

Lithuanian President Gitanas Nauseda plans to take part in the formation of a human chain from Vilnius...