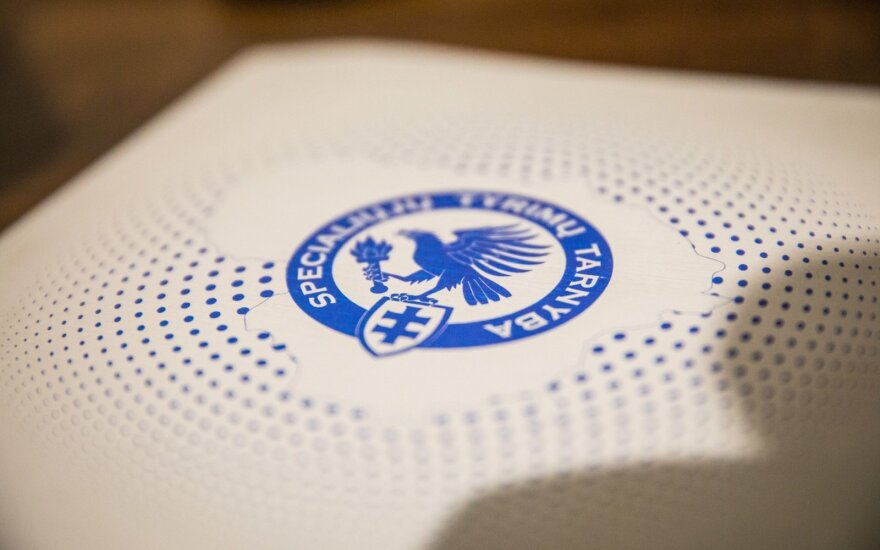 The businessman was detained on Thursday. Kacas is also one of the executives of the National Gambling and Gaming Business Association.

Kacas is suspected of bribing and influence peddling.

"We can confirm that yesterday this person was detained and bribing and influence peddling suspicions were brought against him," Kebliene told BNS on Friday.

Kacas was detained as part of an ongoing investigation into an alleged attempt to bribe MP Matas Maldeikis with 50,000 euros by Kestutis Motiecius, an assistant to MP Mindaugas Puidokas.

According to the pre-trial investigation, Motiecius approached Maldeikis in the premises of the parliament offering him a 50,000-euro bribe and asking, in exchange, to support the initiative to suspend or postpone indefinitely the adoption of amendments to the Law on Lottery and Gaming Tax and try to convince other MPs to do the same.

Motiecius was also detained on Thursday, questioned and later released, the SIS confirmed.

"He was released after questioning and giving his testimony. A measure of suppression in the form of a written obligation not to leave and not to contact other persons is in force," Kebliene said.

The SIS reported about the pre-trial investigation shortly after Puidokas made a statement in the Seimas that he had suffered violence at the hands of law enforcement agents.

The SIS is carrying out an internal investigation but says officers had to use force as the lawmakers refused to execute their lawful demands to hand over his mobile phones.

Lithuania's Special Investigation Service is suspecting a member of an examination commission and five...