BNS
aA
The key question related to Lithuania's next year budget is what will be done with borrowed money and EU funds, says Ingrida Simonyte, leading the opposition conservative Homeland Union – Lithuanian Christian Democrats' candidate list in the parliament election. 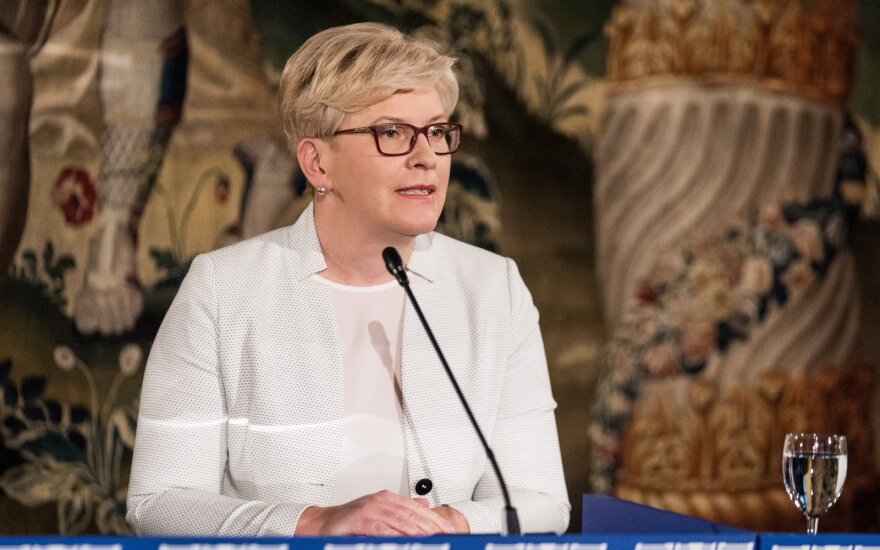 She pays attention to the fact that "a really big" budget deficit is planned, therefore, the difference between expenditure and revenue will have to be covered with borrowed money.

"There's a simple question of what we are going to do with that borrowed money? And its' not only borrowed money but also the estimated EU recovery fund," Simonyte told the Ziniu Radijas news radio on Friday.

There's a high risk that borrowed funds will be used improperly, Simonyte said.

"Since there's a short period of time to spend that money, there's a high risk that we will just inject a lot of money into the economy and raise the price of, let's say, construction or any other activity but will not have the change we could have," she said.

Simonyte also added that borrowed funds from EU financial sources should create "a revenue flow" that could be used in the future to pay back the state's debt.

The opposition HU-LCD received 24.83 percent of votes in the first round of voting in the parliament election on October 11 and secured 23 seats in the parliament. One more seat was secured by Simonyte personally after she was elected into the Seimas in the single-member constituency in the Antakalnis area of Vilnius.

The ruling Lithuanian Farmers and Greens Union came in second with 17.47 percent of votes and 16 mandates.

54 HU-LCD and 32 LFGU candidates got into the parliament election's runoff that will take place on October 25.

Opposition conservatives lead in the first round of parliament elections