Scientists predict: AI and humans in the Industry 5.0

DELFI EN
aA
Artificial Intelligence (AI) is one of the most relevant issues in the course of the current 4h Industrial Revolution. According to the scientists of Kaunas University of Technology (KTU), the forthcoming 5th Industrial Revolution will focus on the synergy between humans and AI. 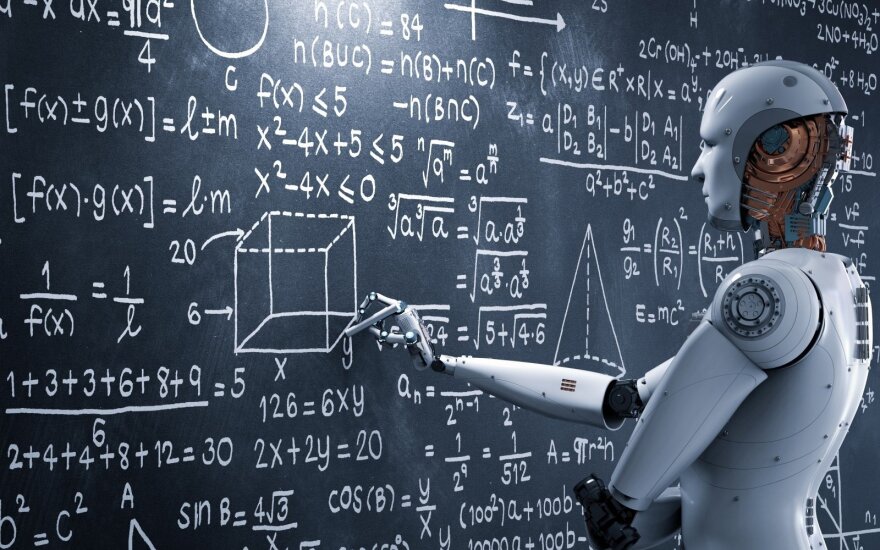 Artificial Intelligence (AI) is one of the most debated topics today. What professions will AI replace? Will AI surpass its creator? Can it have senses, emotions or gender? Can a robot appear to be a psychopath?

According to KTU researchers of School of Economics and Business Jurgita Bruneckienė, Robertas Jucevicius, and Ineta Zykienė, science is already looking ahead considering how to prepare for the transition from the 4th to the 5th industrial revolution where human-AI collaboration will take the centre stage.

They believe that even more answers will be sought in the future, in the course of the 5th Industrial Revolution. What are the links between rationality and humanity? What is the relationship between a human and AI when making the decisions of collective welfare? What are the main human competencies necessary to collaborate with AI?

The roots of today’s economy lie in rationalism

“If we were to look at a country’s economy leaning on such philosophical thinking, we would need to admit that an economic agent, acting on the basis of rational decisions, operates in the market and behaves rationally. Rational agents acting in the context of limited resources is not a new phenomenon; on the contrary, it makes the basis of the neoclassical economy,” says Prof Bruneckienė.

She also notes that such philosophy is widely followed in today’s economy. Not only business companies and public institutions base their socio-economic assessments, operational, strategic and investment plans on rational decisions; individuals also rely on rational estimations to achieve the desired result. 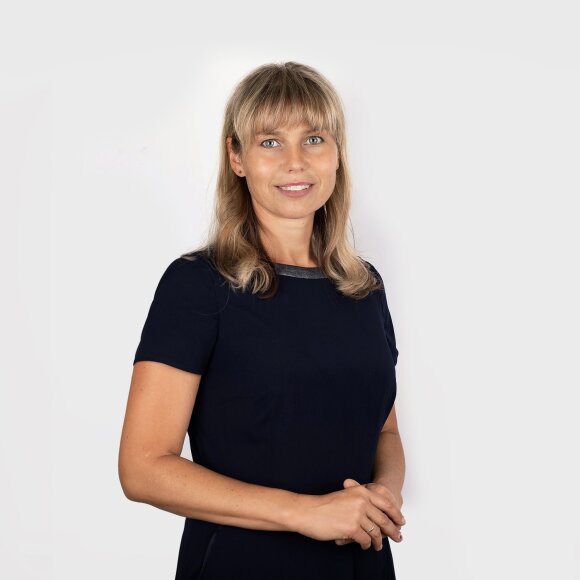 AI and a human as one team

The researchers of KTU School of Economics and Business say that it is not a secret that the biggest challenge facing the 5th, or neural, the industrial revolution is the synergy between AI and the human team when AI is interwoven with the human brain and both work as collaborators. The 5th Industrial Revolution is going to connect a human and a machine, while work efficiency is going to be increased by further exploiting human mind and creativity, and combining processes with intellectual systems.

The scientists note that the principle behind AI is extremely complex, mimicking the activity of the human brain.

“To perform an accurate movement, the human brain works intensively; it eliminates or reduces information noise and seeks a rational muscle action, which is also important when making operational decisions. Namely, for this reason, the ability to raise rationality or accuracy is increasingly recognised by society and its structural groups nowadays,” says Prof Robertas Jucevičius of KTU School of Economics and Business. 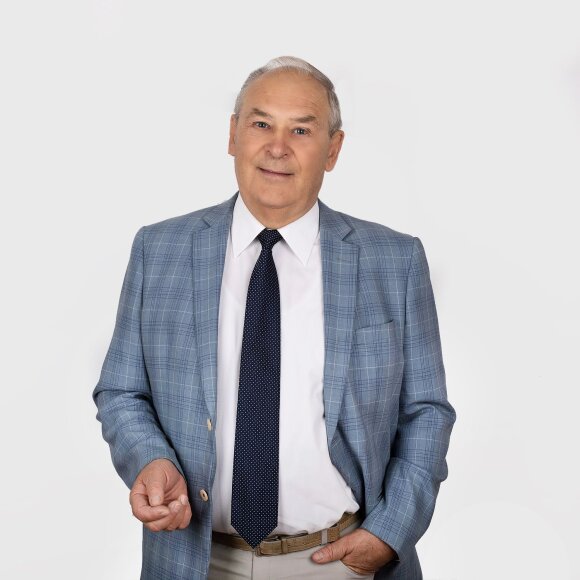 AI is widely used in many areas and is ideal for different applications starting from finance, marketing and economic analysis, and ending with the medical and military industries: it seeks an optimal way to solve a problem (e.g. the chess machine ‘Deep Blue’), fills databases, recognizes templates and reacts to them adequately (e.g. medical expert systems developed for diagnostics and counselling), characterizes attributes (e.g. facial recognition systems, particularly advanced after the 9/11 terrorist attacks in the USA), simulates possible event scenarios, etc.

“Thus, working in the context of rationality, self-control and a well-defined preference, AI seeks and finds a solution that is very likely to be rational”, says Prof Jurgita Bruneckienė.

The paradoxes of rational decisions

Why today, when almost all areas of our lives are surrounded by technologies doing the work for us and our brain is still seeking rational decisions, we can detect so many irrational economic decisions in terms of collective welfare?

The answer, according to Prof Bruneckienė, lies in our values, philosophy of thought and belief.

“We can create AI and teach it to make rational decisions, but if it is allowed to make some selfish choices, we will get a rational, but at the same time potentially irrational decision in terms of collective welfare”, says the scientist.

The trap is said to lie in the choices that we set ourselves. Even if AI presents a rational decision in terms of collective welfare, an irrational decision, according to Prof Bruneckienė, can be made by a decision-maker leaning on his/her individually perceived rationality and philosophy of thinking (e.g. liberal, capitalist or social views).

The professor states that focusing on AI, we should not forget our role not only as rationalists but also as human-beings – result interpreters and final decision-makers – possessing particular senses, emotions, social connections and values. Prof Bruneckienė is convinced that it is necessary to pay more attention to human competences and preparation to collaborate with AI and robots.

“The emphasis must be placed not only on technological literacy and professional knowledge but also on human emotional intelligence competencies necessary for co-operation with AI to achieve synergy,” says Bruneckienė.

Emotional intellect as an important axis

Research reveals that emotional intelligence (EI) helps to effectively solve complex, atypical problems that can hardly be solved even by robots; it also lets to have a look at particular issues from different viewpoints, to interact and co-operate in an intercultural team, to think independently and critically, to persuasively communicate and represent.

All of this, according to KTU scientists, is the competence of future leaders that will allow the creation of synergies in collaboration with AI.

“It has been proven that a person’s intelligence quotient is not a decisive factor for professional success. Competences and skills that require a high level of EI, often determining the social and professional success of individuals, are crucial,” says Ineta Zykienė, a lecturer at KTU School of Economics and Business. 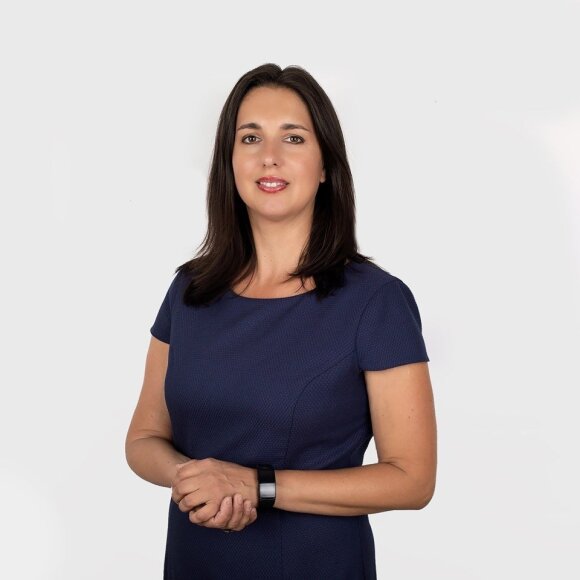 “Nobody can say exactly how strongly EI determines a person’s success in life, but the available data suggests that it helps make smart decisions,” adds Prof Robertas Jucevičius.

The scientists are of the opinion that the ability to evaluate the solution proposed by AI through the prism of human skills and competences will let us better prepare for collaboration with artificial intellect not only in the context of collective welfare.

Millennials are the main users

Today’s generations X and Y, Millennials, are or will be the main AI creators and users possessing such characteristics as technological literacy, information curiosity, analytical thinking, rational mind and courage to express their opinions. Nevertheless, as it is noted by the scientists, representatives of these generations also possess diminishing socio-emotional skills.

Although AI meets the needs of the modern generation (e.g. an opportunity to get an answer ‘here and now’), it should not be overlooked that collaboration with AI when making decisions or interpreting results requires not only professional but also EI competences.

“According to Daniel Goleman, the famous human brain and behaviour researcher, EI refers to the ability to justify one’s actions, control emotions, motivate oneself and others, communicate, empathize with the position of another person, not to be satisfied with the results achieved and not to fall into despair that hinders sober thinking,” says Zykienė.

“The collaboration between a human and AI is expected to deliver not only rational but also responsibility-based smart decisions. Possession of EI is the responsibility of a creator and decision-maker,” adds Prof Jucevičius.

Homework to be done

Referring to the findings of previous scientific studies, Ineta Zykienė asserts that EI skills need to be developed in one’s childhood, and the family plays a key role in this development.

“Previous studies show that the culture of the relationship in the family is the main driver of one’s EI. The skills of EI acquired in the family ensure a better inner harmony, make individuals more open to the changes in the external environment, and so forth. It means that a high level of EI helps to achieve a balance between one’s personal responsibility and the decisions one makes,” explains Zykienė.

Education and training institutions also play an important role in the development of one’s EI. Integration of social competence building work methods, interdisciplinary learning, promotion of lifelong learning, networking between educational institutions and families with children and adolescents, publicizing the importance of the competencies generated by EI is just the initial homework that, according to the scientists from KTU, we should have already prepared facing not only the 4th but also the 5th Industrial Revolution.

“A professional in a particular area continuously developing one’s EI skills and collaborating with AI for decision making is the cornerstone of a future state,” summarises Prof Jurgita Bruneckienė.

Professor from Birmingham in Kaunas: biggest loss is prestige – Great Britain will not be great anymore

In 2016, the Brexit vote came as a surprise to many nations when the United Kingdom (UK) called a...

A team of researchers from the Institute of Materials Science at Kaunas University of Technology...

Researchers of Kaunas University of Technology (KTU) have created a digital assessment tool and...

Nobel Prize winner: working in science is like playing chess with God

„For me, science is a play and enjoyment. I love it and hopefully, I will play with science until my...