(4)
BNS
aA
As Lithuania's public debt is growing due to the coronavirus crisis, the country might need to raise some taxes in the futures. Their burden wouldn’t be as heavy on residents and the economy if the economic structure changed, Lithuanian Finance Minister Vilius Sapoka says. 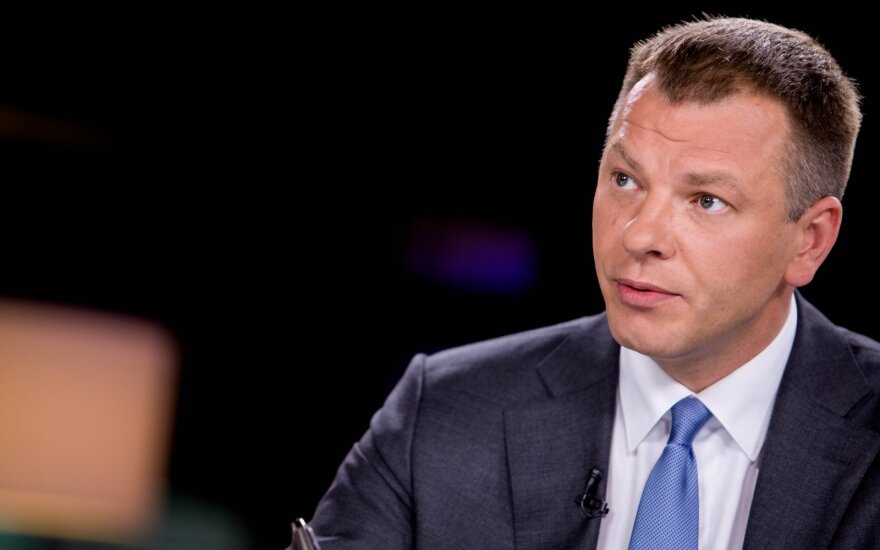 "Will we necessarily need to raise taxes? Well, of course, the true politicians who stand for election could say more on that and in what way we will do that. But speaking very rationally and pragmatically, I would say yes: if the economic structure changes towards higher added value, then the public acceptance of higher taxes would not be that painful and they would also not halt the economy," Sapoka told a conference on Lithuania's economy, organized by the Valstybe (State) magazine.

On the other hand, he added, if the structure of the country's economy does not change and no investment into changing the economy's DNA is made, and only taxes are raised, the country might be programmed for long-term stagnation.

Related articles
Cabinet approves 14-day refund period for cancelled travel
Nauseda: Lithuania will have to go back to financial discipline after corona crisis

"Southern EU countries are great examples of that. Big debts, big taxes as those debts have to be serviced. So I hope Lithuania will not take this path. And we still have room for raising taxes right now. These are taxes that are not so detrimental to economic growth, first of all, property taxes and taxes related to ecology," Sapoka said.

The minister said last summer that the 2021 budget's expenses meant for consumption should not be increased and there were no plans to raise taxes, excluding, probably, the environmental ones. The minister warned that one should think about the country's growing debt for it not to exceed the Maastricht criterion.

He told BNS then that the public debt should reach almost 50 percent GDP by the end of this year, compared to the Maastricht criterion of no more than 60 percent.