BNS
aA
Russia's Aeroflot has cancelled another two flights from Moscow to Vilnius, scheduled for this week and next week, a spokesman for Lietuvos Oro Uostai (Lithuanian Airports), the operator of Lithuania's three international airports, confirmed on Friday. 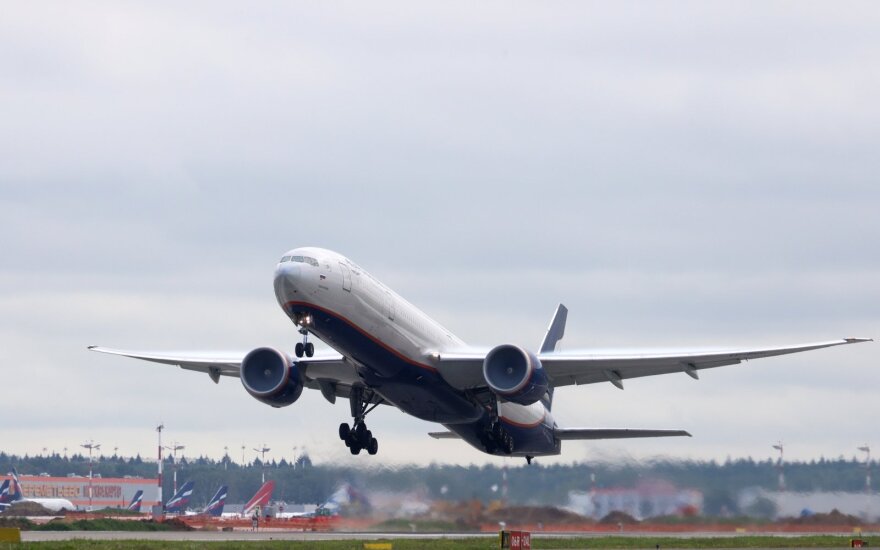 "Yesterday, we learned that Aeroflot, just like last week, canceled this week's flight and next week's flight for some reason known to them," Tadas Vasiliauskas told BNS. "They gave us no further explanation."

"The plane will not come from Moscow, meaning that the flight from Vilnius will not take off either," he added.

This follows the cancelation of Aeroflot's weekly flight to Vilnius last Friday.

The move came in response to Belarus' forcing down of a Ryanair flight from Athens to Vilnius flight.

In the wake of the incident, EU leaders agreed to ban Belarusian airlines from the bloc's airspace and called on EU-based air carriers to avoid Belarus' airspace.

Some of Ryanair's questions to Belarus 'make you gasp' – Lithuanian minister

Frozen or cut off economic ties with Belarus would have a much more painful affect on this country...

Belarus has stopped a Lithuanian vehicle carrying diplomatic mail, leading to a strong protest from...