BNS
aA
The ruling Lithuanian Farmers and Greens Union is still pushing through with its proposal to introduce a car pollution tax but it would apply only once a car is registered in the country the first time. 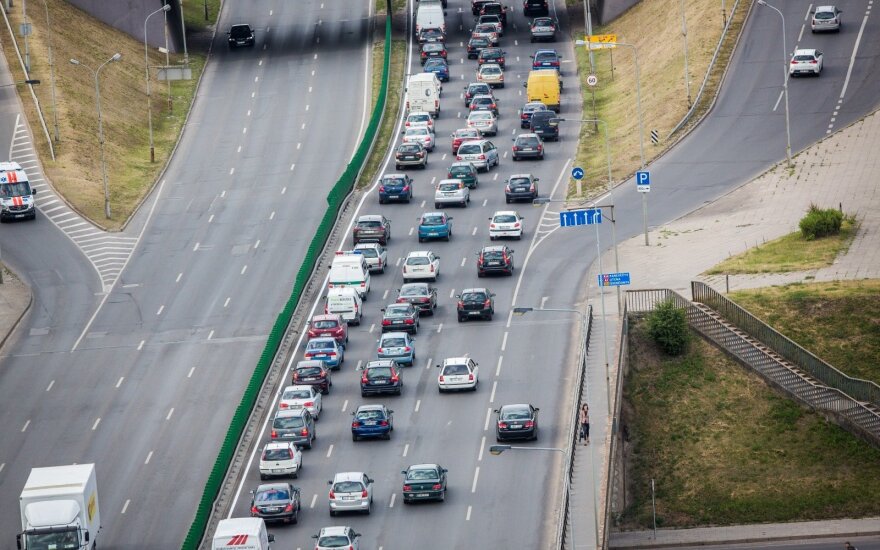 The tax would not be applied to further car registrations when owners would change within the country.

A bill on such a tax has been registered in the Lithuanian parliament by LFGU members Valius Azuolas, chairman of the parliamentary Committee on Budget and Finance, and Agne Sirinskiene, chair of the Committee on Legal Affairs.

The tax is expected to be approved with next year's budget and would come into force next year.

"We propose paying the tax once before the first car registration in Lithuania, taking into account the car's pollution level. The more environmentally-friendly the car is, the lower the tax would be. We estimate that this tax would bring around 15 million euros in to the state coffers," Azuolas said in a statement.

The tax would range from 18 to 760 euros, depending on the CO2 emissions per kilometer. Diesel cars would be taxed from 115 grams of CO2 per kilometer, and petrol and LNG cars would start from 130 grams.

In late October, the Seimas rejected the government's proposed car pollution tax that would have made owners pay the pollution tax every time the car is registered. The bill was returned to the Environment Ministry for further consideration. The bill was expected to provide the budget with 29 million euros in annual revenue from the tax ranging from 36 to 1,280 euros.

Sirinskiene says the new proposed scheme would balance all interests and would not introduce unbearable tax burden for consumers but would also encourage people to choose less polluting cars.

Azuplas says part of the collected tax revenue would be used for environmental purposes.

Lithuania is set to introduce next July a tax that will be charged on polluting passenger cars...