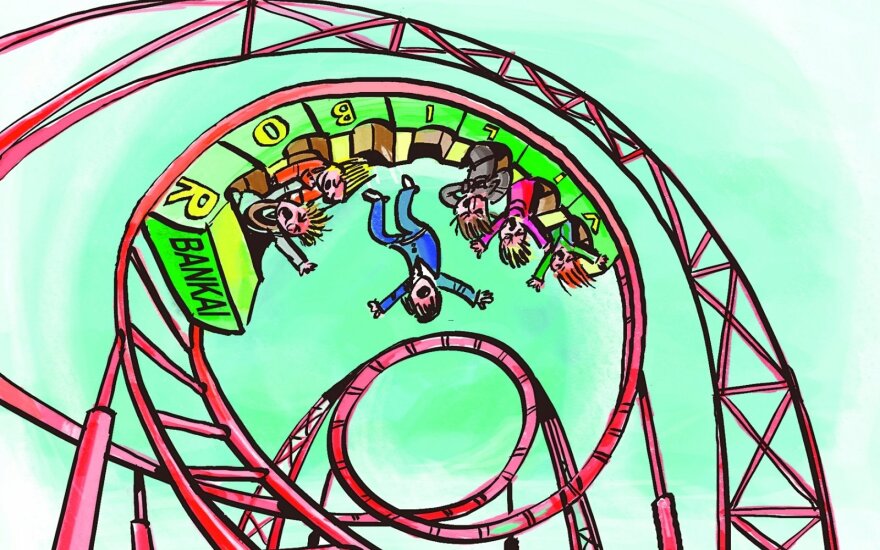 Prosecutors say no objective evidence has been identified during the investigation to prove that watchdogs that supervised commercial banks violated any law. Every borrowing case was individual, therefore, people can turn to court themselves, prosecutors said.

"All factual and legal circumstances presuppose the absence of a legal basis for a prosecutor to apply measures to defend the public interest over alleged violations related to the Vilibor rate in 2008-2009, which led to an increase in borrowing costs in litas for residents," the prosecution service's statement reads.

In April, the Prosecutor General's Office received a Cabinet request to asses the work of financial supervision institutions during the 2009-2010 crisis. Prosecutors say they investigation involved only the legal, not economic, assessment.

The government's decision to turn to the Prosecutor General's Office over the authorities' performance came after Stasys Jakeliunas, former chairman of the Seimas Committee on Budget and Finance (CBF), informed the Cabinet about its parliamentary investigation into the circumstances that led to the 2009-2010 economic crisis.

Prime Minister Saulius Skvernelis said then prosecutors would be asked to evaluate whether financial watchdogs properly performed their functions in 2008-2009.

Law enforcement was also asked to evaluate the possible need to defend the public interest as many people with mortgages incurred major losses due to the rising Vilibor rate.

A special Lithuanian governmental commission gave the same verdict that Revolut 's activities do not...

The head of the Lithuanian Industrialists' Confederation hopes that relations between businesses and...

Head of Financial Crime Investigation Service: Revolut might cause problems for Lithuania

The British fintech startup Revolut 's activity in Lithuania might cause problems for the country,...

Jakeliunas to ask government to appeal prosecutors' decision on Vilibor

Stasys Jakeliunas, former chairman of the Lithuanian Parliament’s Committee on Budget and Finance ,...

The International Monetary Fund (IMF) is asked to conduct an independent evaluation of money...

The Lithuanian parliament's Committee on Budget and Finance , which has investigated the...