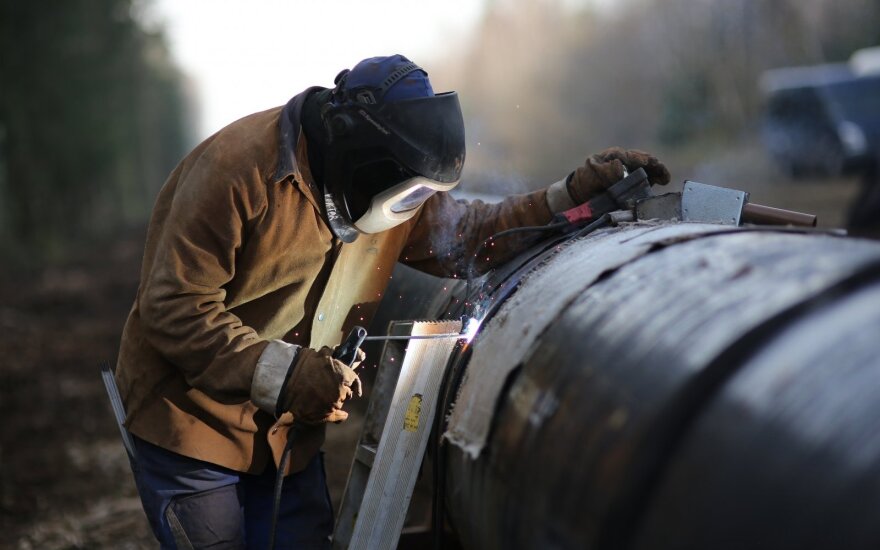 It will be halted for the office to look into the tender's documentation and Amber Grid's decisions. It means Amber Grid will not be able to sign the contractor contract with Alvora, Diana Vilyte, head of the PPO, told BNS Lithuania.

"We have launched an investigation after a supplier came in with lawyers and told about certain aspects. They don't receive the whole information and claim that it's clear protectionism. We cannot blindly believe it but we also cannot ignore it as the facts are fairly solid. So we will look into it. Maybe everything is fine, or maybe it turns out to be true," Vilyte told BNS Lithuania.

In her words, the investigation will take up to 20 days but is expected to be finished sooner.

Lithuania's gas pipeline builder MT Group, which came in second in the contractor tender, had turned to the PPO and is also trying to have the tender proceedings halted through courts.

MT Group took part in the tender with its Polish partner Rafako. They claim the tender was not transparent and was held in violation of public procurement procedures.

Also on Tuesday, MT Group and Rafako said the had turned to the European Commission's The Innovation and Networks Executive Agency (INEA), the Central Project Management Agency and the Lithuanian Energy Agency as they are all responsible for the EU funding of projects. The companies have submitted evidence of gross violations of the tender and asked the agencies to take them into account when allocating EU support.

Amber Grid rejects all accusation and says it organized the tender transparently, promoting competition and seeking the economically most beneficial solution.

Amber Grid had planned to sign the contract, worth 79.85 million euros (96.6 million euros including VAT) with the tender's winner Alvora later this week, and the construction was scheduled to be officially launched on Oct 7.

Amber Grid is implementing the GIPL project together with Poland's gas transmission system operator Gaz-System. It's due to be completed by the end of 2021.

The projects total value stand at 500 million euros, including investment of up to 136 million euros in Lithuania alone.

Vilniaus Nacionalinis Stadionas (VNS), a company brought by the Lithuanian Supreme Court back into...

Chief of Public Procurement Office asks to be dismissed

Diana Vilyte , the head of Lithuania's Public Procurement Office , has handed in her request to be...