BNS
aA
The Jonava-based fertilizer producer Achema's business prospects were not taken into account when the Klaipeda-based LNG terminal's maintenance model was changed, an adviser to the Lithuanian president says. 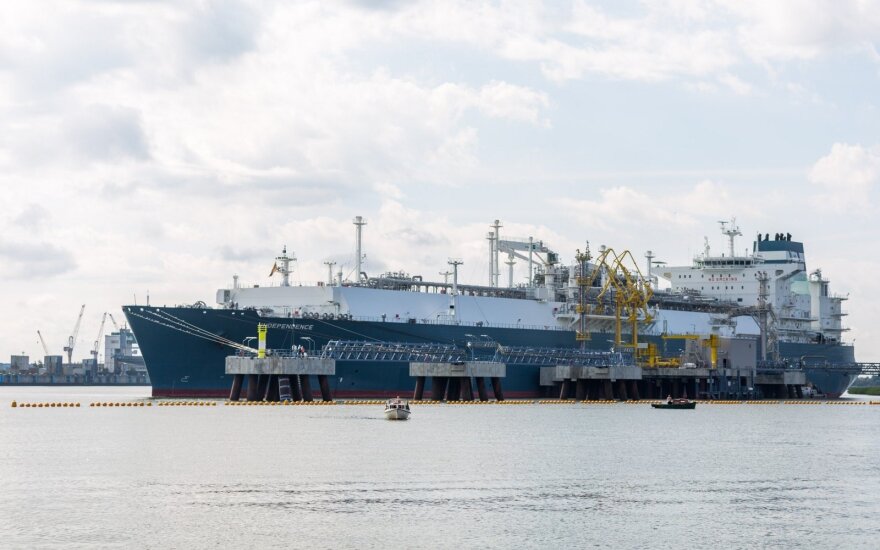 According to Jaroslav Neverovic, an energy expert and the presidential adviser leading the environment and infrastructure group, the LNG terminal's long-term strategy is based on a assumption that circumstances will not change and Achema will continue consuming as much gas as it does now. But if circumstances change, he says, the existing terminal costs covered by Achema will have to be paid for by other consumers.

"The key issue that's probably not been discussed properly is the issue of the biggest gas consumer in Lithuania, Achema," Neverovic told the Ziniu Radijas news radio on Tuesday.

In his words, the terminal's operator Klaipedos Nafta's (Klaipeda Oil) borrowing of 134 million euros from the Nordic Investment Bank and the redistribution of the terminal's maintenance costs are based on an assumption that micro- and macroeconomic conditions for businesses will be sufficiently good until 2044.

"But what if that strategy and circumstances changed? Then 50 percent of those costs would have to be paid by all consumers as that volume of gas that comes to Lithuania for consumption and the one who pays for it will disappear," Neverovic said.

"Those questions need to be answered. Whether that model is sustainable, whether it’s right and whether better alternatives exist," he added.

The NIB's 25-year loan will allow reducing the LNG terminal's maintenance costs as of Jan 1 and significantly reduce gas for consumers.

It was previously reported that the LNG terminal fee will go down by around 40 percent for all consumers in the country, or by around 27 million euros from around 62 to 36 million euros. Achema, which has imported around half of all LNG imported via the terminal this year, has paid around 20 million euros a year for the terminal's maintenance.

Achema, part of the Achema Group which owned a 10-percent stake in Klaipedos Nafta, has turned to courts over fairly all decisions related to the LNG terminal's maintenance. The group's major shareholder Lyda Lubiene said in July that Klaipedos Nafta's key shareholder, the Energy Ministry, was threatening to increase the terminal fee, which might lead to Achema's bankruptcy.

Lithuania plans to increase local power production after the country's government on Monday backed a...

Achema 's nitrogen fertilizer plant in Jonava, in central Lithuania, was forced into an emergency...

Ambassador: US hopes to supply gas to Belarus via Lithuania

The United States hopes to supply gas to Belarus via the Klaipeda-based LNG terminal , the country's...

Maritime cluster has been founded in Lithuania

The business and educational organizations in Klaipeda are joining forces to develop the Lithuanian...

Lithuania's Energy Ministry has filed with a Lithuanian court a new lawsuit worth over 240 million...