BNS
aA
The vaccination of workers from big companies would allow using up the accumulating AstraZeneca vaccine, but the immunization of over-65s would remain a priority, Lithuanian Prime Minister Ingrida Simonyte says. 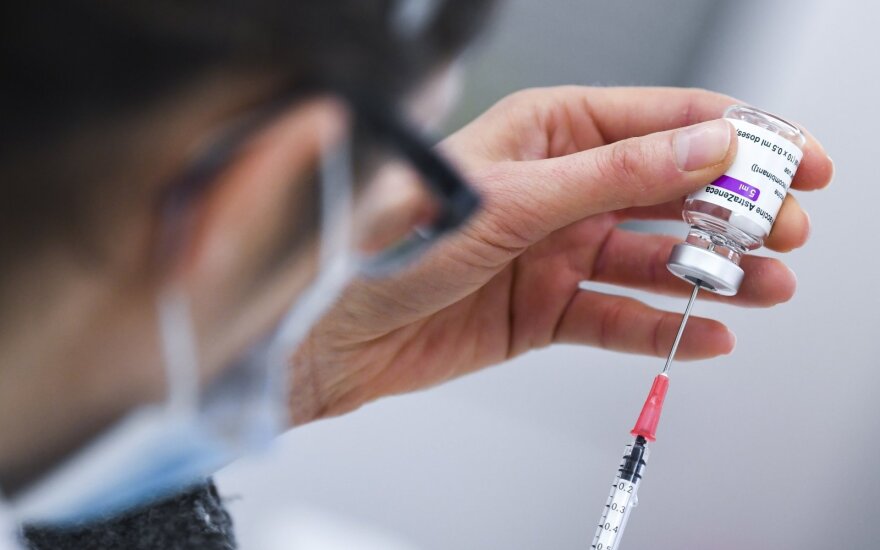 Explaining the recent decision to allow vaccinating groups of workers from bigger companies, although the vaccination based on age groups and professions has not been completed yet, the prime minister said that "there's no point in accumulating that (AstraZeneca) vaccine".

"These are two separate processes and we need to understand that very well. Lithuania will receive around 120,000 dozes of the Pfizer and Moderna vaccines over the upcoming two weeks, and if 65+ people are vaccinated with these vaccines, then we have 70 percent of these people who have had at least one dose," Simonyte told journalists on Thursday.

"Obviously, we have priorities but we also have that vaccine that tends to accumulate due to not a very good public opinion, and I believe there's no point in accumulating that vaccine and wait for mass vaccination when we have companies with big groups of workers where it can be used," the prime minister said.

In her words, the vaccination of company workers would be a parallel process and would undermine the key priority of vaccinating elder people.

Earlier in the day, the Health Ministry said that businesses having at least 100 workers were being invited to vaccinate their staff members. The ministry later specified that such workers would be vaccinated only if vaccines were left following the vaccination of a specific priority group in that specific week.

The coronavirus pandemic in Lithuania has been gaining momentum since March 12 and for almost a month...

The Lithuanian government is not extending the current ban on non-essential travel between...

Vilnius Mayor Remigijus Simasius on Tuesday called on the government to open up access to vaccination...

More than 1,700 reports on adverse reactions to COVID-19 vaccine have been received in Lithuania since...