Erika Alonderytė,
BNS
aA
Plans by Estonian and Latvian dairy cooperatives to build a 100-million-euro milk processing facility will ramp up competition in the Baltic countries, but it will not be easy for them to enter the market, a Lithuanian economist says. 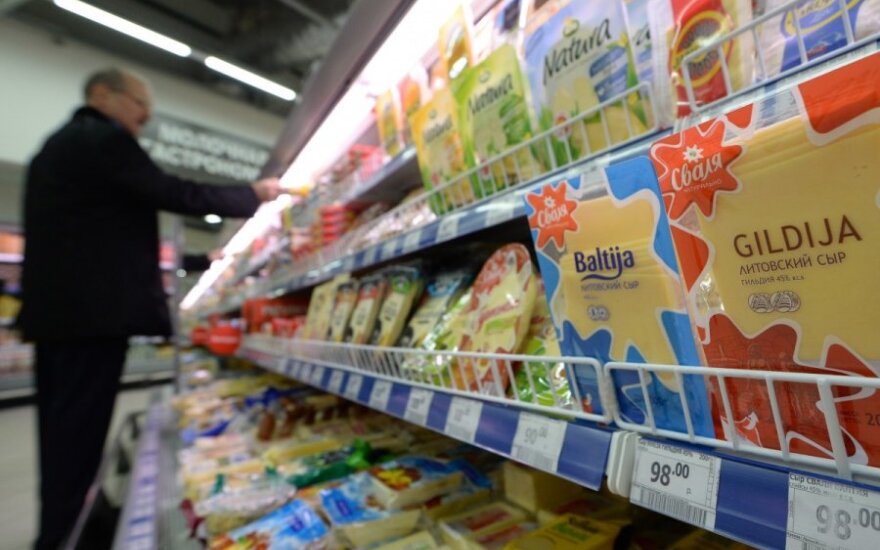 However, Lithuanian dairy producers, who buy a large part of their milk from Estonian and Latvian farmers, say they are not afraid of competition and believe that the new plant will eventually boost raw milk production in the region.

It has been reported recently that Latvia's dairy cooperative Piena Cels is teaming up with Estonia's cooperative E-Piim for the construction of a milk processing facility in Estonia.

According to Tadas Povilauskas, SEB Lithuania's chief economist, since Lithuanian dairy processors import around a third of raw milk from Estonia and Latvia, the new market player may intensify competition among Baltic dairies, but this will not happen in the coming years.

"With this plant, it is clear that competition for Lithuanian processors (…) will increase. But history has taught us over the past 15 years that Lithuanian dairy processors are very strong financially and in terms of know-how, and (know) how to compete with their competitors," Povilauskas told BNS.

The Estonians and Latvians aim to build the new facility by 2021, but it will likely bring about real change in the market in three or four years, according to him.

Dalius Trumpa, CEO of Rokiskio Suris, one of Lithuania's largest dairy producers, says competition in the Baltic countries is already strong and the arrival of another player will not change anything apart from giving a welcome boost to raw milk production.

"I am only positive about the development of the dairy industry in the Baltic countries. I believe that the emergence of new capacities will encourage growth in raw milk production, which what the region is lacking most," Trumpa told BNS.

"It makes no big difference whether there are more or fewer competitors for milk, because there are many of them already," he added.

Gintaras Bertasius, CEO of Vilkyskiu Pienine, another major Lithuanian dairy group, says he is not afraid of competition either.

"As to production, I really do not see any problem. We export 80 percent (of our products) to more than 50 countries. The number of our producers or those from Estonia or Latvia on the global market is very small; and I do not see any future competition in this respect," Bertasius told BNS.

"As to raw milk, the E-Piim cooperative already processes 400 tons today. As far as we know, the new facility will process up to 1,000 tons. Yes, those extra 600 tons will have to pay off, but that is not a very large amount," he said.

Povilauskas says increased competition may lead to a slight rise in milk purchase prices, but processors maintain that one company will not change the situation.

According to the economist, the new production facility, once launched, will likely drive prices across the Baltics up by one or two euro cents.

"Obviously, once the plant in Estonia starts operating, competition will increase and prices will probably rise slightly not only in Estonia and Latvia, but also in Lithuania. But again, this is probably a matter of one cent," he said.

Trumpa says no company can pay more for milk than it receives for its products, and its earnings depend on the efficiency of its operations and on prices in foreign markets.

Lithuanian producers have been allowed to export frozen food products , including picas, dumplings...

Chinese conclusions on beef exports due in late summer

Lithuania expects the conclusions of a recent week-long audit by Chinese experts into beef...

US import tariffs on Lithuanian dairy products will force exporters to look for new markets, the...

Thousands of farmers , many on their tractors, launched a warning protest across Lithuania on Tuesday...