BNS
aA
Measures that will mitigate the spike in energy prices should not set a market regulation precedent, Speaker of the Lithuanian Seimas Viktorija Cmilyte-Nielsen has warned adding, however, that it is important to support lowest-income households. 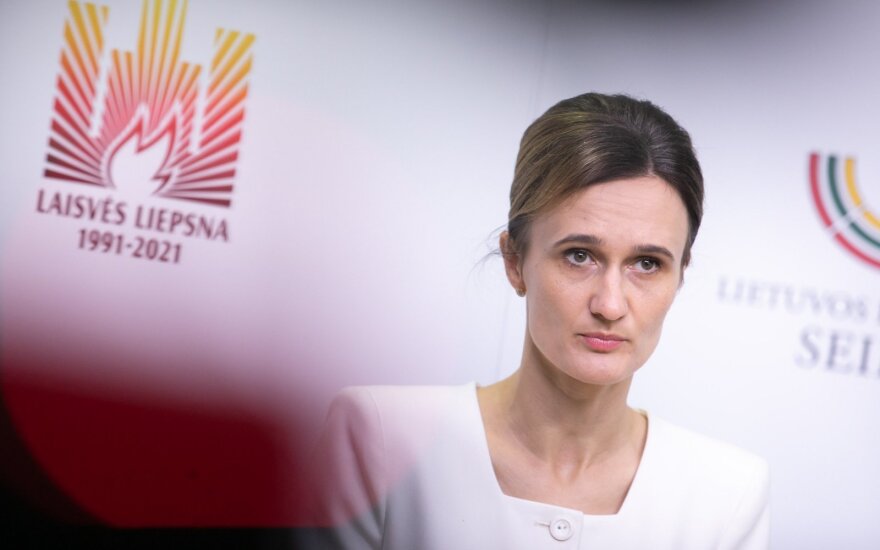 “Those measures should not set a dangerous precedent or become a precedent of market regulation. However, some measures that could help those people who need that help the most will be discussed and are likely to be approved,” she told the LRT Radio.

According to the proposals put forward by the Energy Ministry, energy price hikes will be curtailed starting next January, with the difference to be covered over five years.

“These figures mean that the effect of the spike will be mitigated and we have been saying from the very beginning that we will take measures to help mitigate the spike reflecting the global trends,” Cmilyte-Nielsen said.

The government will on Wednesday discuss legislative amendments regulating the spread of the increase in electricity and natural gas prices for household users over the next five years. The amendments would also allow pushing back the deadline for the second group of consumers to choose their independent electricity supplier by six months.

Amendments to the Law on Energy Resources Market, on Natural Gas and on Electricity have been drafted in response to a recent surge in prices for energy resources.

VILNIUS, Sep 29, BNS – Amid a surge in electricity prices, the Lithuanian government proposes to...