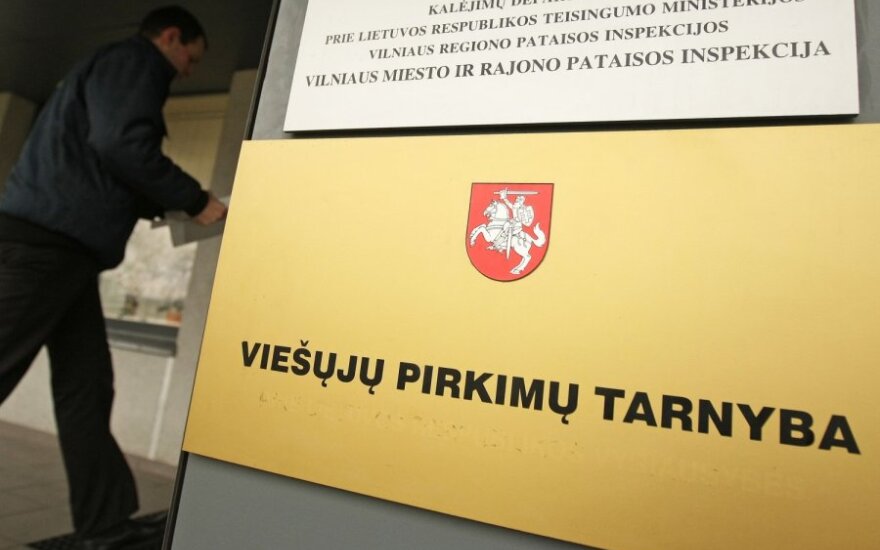 Amendments to the Law on Public Procurement (LPP) and the Law on the Procurement performed by Procuring Entities in Water Management, Energy, Transport or Postal Services Sectors (LP) were adopted by the Seimas on 30 May 2019; the new version became effective from 11 June 2019, and some provisions will come into force later. Most participants understand the wording of the newly adopted provisions, but today it is not yet clear how they will be applied and interpreted in practice.

The content of the new legal provisions is not fundamentally new and has already been applied in practice. Those provisions have been formulated on the basis of the case law or recommendations of the Public Procurement Office (PPO). Nevertheless, both organisers of procurement and suppliers should be aware of the potential application of the new provisions in procurement documents.

Public procurement of works and design services will have to be organised separately unless the procurement documents justify that such a division is not possible due to objective circumstances.
Such an amendment has only entered into force in the LPP and will not be mandatory for the procurement of low value and utility sector procuring entities (LP). Most of the contracting authorities are institutions and majority of them procure low value works. Of these, only municipal administrations or road companies carry out high-value procurements of work and design. Therefore, these contracting authorities will find ways to justify the non-division of procurement of works and their design into lots.

The anticipated regulation of this type of procurements has already existed prior to the entry into force of the amendments in question, i.e. in the Guidelines for the Procurement of Construction Work of the PPO, and in the case-law.

While the aforementioned amendment in the LPP seems to be welcomed in terms of promoting competition, but from the practical point of view, employers and contractors may have issues of the limitation of liability, risk management and others. It is likely that employers will use the option of non-division of work and design of the object of procurement more often than the authors of the amendments were expecting when submitting such a proposal.

It should be noted that from 1 July 2020 the BIM (building information modelling) will be mandatory in the design and construction of all complex and high-value structures or parts thereof of the public sector.

The Law on the Protection of Objects of Importance to Ensuring National Security is applied directly in the procurement is in order to ensure the protection of objects important for national defense and security, and in protecting companies and organizations against all types of risks that may jeopardize the national security interests.

National security issues must always be considered when preparing or carrying out the procurement procedures, drawing up procurement documents or determining a successful contractor. Unfortunately, in practice, national security has often been overlooked. It can therefore be said that amendments to the legal regulation alone are not sufficient; it is necessary to have a control mechanism in place forcing the responsible persons in the aforementioned organisations to make decisions loyal to the state.

The entry into force of the legal regulation will, in particular, formally provide a legal possibility to limit participation in procurement, to exclude from participation in procurements, or to impose certain requirements in technical specifications for suppliers who may adversely affect national security and suppliers not registered in the EU, NATO or a third country, etc. Also, in practice, organisers of procurement will have to prepare accordingly, to carry out the market research, analysis, have arguments and evidence on the requirements applied in technical specifications or specifically on the supplier. 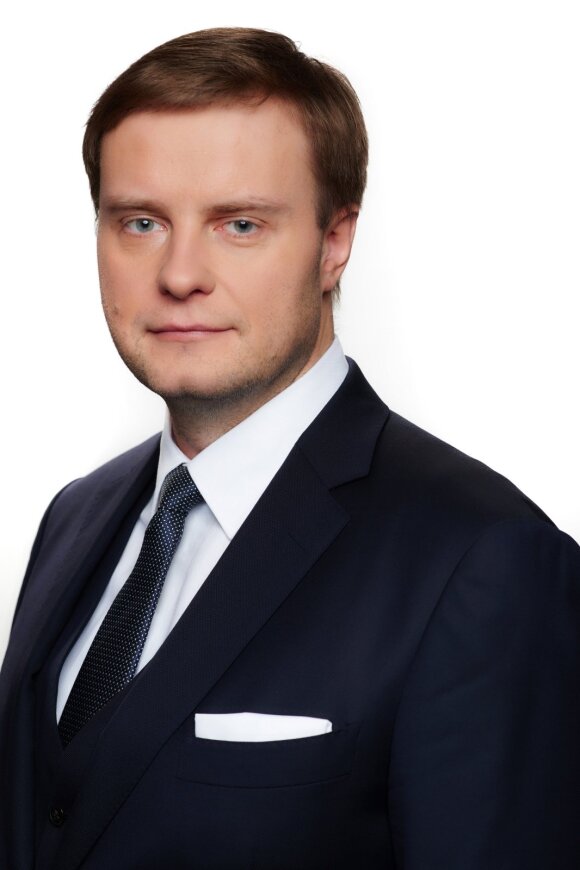 The amendments are aimed at eliminating cases where a formal issue of ensuring competition was prioritised over the national security, without any substantive alignment of the two issues as a whole, in their decision-making. Therefore, from now on, organisers of procurement and buyers operating in the field of defence, or in the areas considered to be strategically important for national security, will be required to assess whether the future procurement contract does not pose a threat to national security and, if necessary, contact the relevant authorities for obtaining competent conclusions.

The amendment has brought back the possibility of offering the price higher than initially planned for procurement, if additional funds are available.

The tender may again be considered acceptable if the organiser of procurement has access to additional funds to pay the offered price higher than planned, provided, however, that the amount intended for procurement will not be indicated publicly in the procurement documents in advance.

The purpose of such an amendment is to consolidate the long-standing opinion of the PPO on the excessively high price offered, and eliminate the interpretation of the old version of the substantive laws governing the rejection of tender due to the offered excessively high price, provided in the ruling of the Supreme Court of Lithuania (SCL) of 21 May 2018, in civil case No. e3K-3-40-969/2018, stating that the contracting authority has not an option, but a requirement to reject tenders with excessively high price.

Contracting authorities, in particular, public and municipal companies, are given the opportunity to avoid formal rejection of the tender if, due to subjective or objective circumstances, the amount of funds initially planned for the procurement was lower than the tender price, but additional funds are available.

The criterion previously binding for contracting authorities in public procurement of work to evaluate the level to which the wage, proposed by the supplier to be paid for the staff who will implement the public procurement contract, exceeds the minimum wage, has been eliminated. Instead, all organizers of procurement can establish the social criterion for the evaluation of tenders, and evaluate the level to which the proposed monthly median wage of the employees who will perform the supply contract and the tasks indicated in the procurement documents, will exceed the official minimum wage in the Republic of Lithuania.

Procurement documents (other than low value) may include information that upon award of contract the supplier will have to submit a list of employees who will perform the tasks (full names, dates of birth) and monthly median of the wages offered for them. It is aimed at promoting the participation of socially responsible suppliers in the procurement procedures, and positively discriminating against suppliers who compete unfairly with socially responsible businesses.

The suppliers will also be required to ensure that the median monthly wage of the said employees is no less than that specified in the tender, over the entire period of implementation of the procurement contract. This means that businesses will have to be fairer in implementing the procurement contract, and buyers will control and verify the data declared by the supplier in the tender and during the execution of the contract. In this case, the organisers of procurement will be the recipients of data and the methods for processing of such data will have to be included in internal procedures. This will result in a greater number of challenges in the protection of personal data for the organisers of procurement, and the risk to be included in the list of unreliable suppliers – for suppliers, avoiding to pay the wages declared in the tender to their employees.

The maximum 3 year validity of the procurement contract will start not on the moment of its signature but upon its entry into force.

This amendment is aimed at eliminating a problem to businesses and procurement organizers when for various reasons procurement contracts, mostly for contract work, became effective or were started to implement later, although the term of validity of the procurement contract commenced on the moment of its signature.

It will be necessary to establish the practices of controlling the list of persons implementing the procurement contract, and compliance of the amounts of wages paid to those indicated in the tender.

The grounds for exclusion are extended to misleading declarations of qualifications and previous contracts that have not been implemented in part or in full; also for implementing the material conditions of the procurement contract with substantial or permanent deficiencies.

Suppliers will also be excluded from procurement procedures if they are included in the list of suppliers providing misleading information, or the list of unreliable suppliers in procurements regulated by other laws, for example, public procurements, procurements in the utility sector, defense and security procurements or concessions. This means that a supplier included in the list of unreliable suppliers during the procurement in the field of defence and security will be considered as such in the public procurement of budgetary institutions as well. Since the PPO has not clarified, and the law and the Civil Code does not contain a definition of what constitutes a contract with “substantial or permanent deficiencies”, such a concept and the criteria for such contracts will be later formulated by the case law.

Inconsequential amendments of notifying of the results of procurement procedures

There will be no obligation to inform about the procurement procedures if the tender was submitted verbally or the procurement contract was concluded verbally. Although such additional explanatory regulation is not essential as in low value procurements without publication, by way of single-vendor surveys, only that particular vendor who is awarded a contract is notified in all cases.

Unfortunately, although the amendments of this article seem to reinstate more transparency, it is also more restrictive. For example, the organiser of procurement is obliged to introduce only the samples of goods submitted by the successful supplier, although, prior to the entry into force of this amendment, participants were given access to the samples of goods offered by all suppliers.

Concept of the initiator of procurement

The law introduces a new institute of the initiator of the procurement and its concept – meaning the employee who formulates the need for procurement for certain goods, services or works required, and/or prepares their technical specification and/or draft thereof.

Presumably, contracting authorities and procuring entities will attempt to regulate the tasks, actions of procurement initiators and their lists in their internal procedures, or amend the existing procedures. This enables the businesses to better control the buyer, by informing him of the private interests declared by the procurement initiator, etc.

Written motivated decisions not to organise procurements using the services of the central procurement body will have to be made public on the buyer's website.

An additional initiative forcing to buy from the CPO.LT catalogue will be implemented by increasing the administrative burden on buyers. In such cases, organisers of procurement will have to announce their decision of organising the procurement independently, on their website, under the special “Buyer Profile” section. The decision of the organisation not to use the services of the central contracting authority will be made known to any interested person.

Aviabaltika , a company based in Lithuania's central Kaunas District and owned by businessmen Yuri...

Chief of Public Procurement Office asks to be dismissed

Diana Vilyte , the head of Lithuania's Public Procurement Office , has handed in her request to be...