...
BNS
aA
Lithuanian President Gitanas Nauseda, currently in Brussels, said on Friday he would seek to ensure significant EU funding for the implementation of goals aimed at fighting climate change. 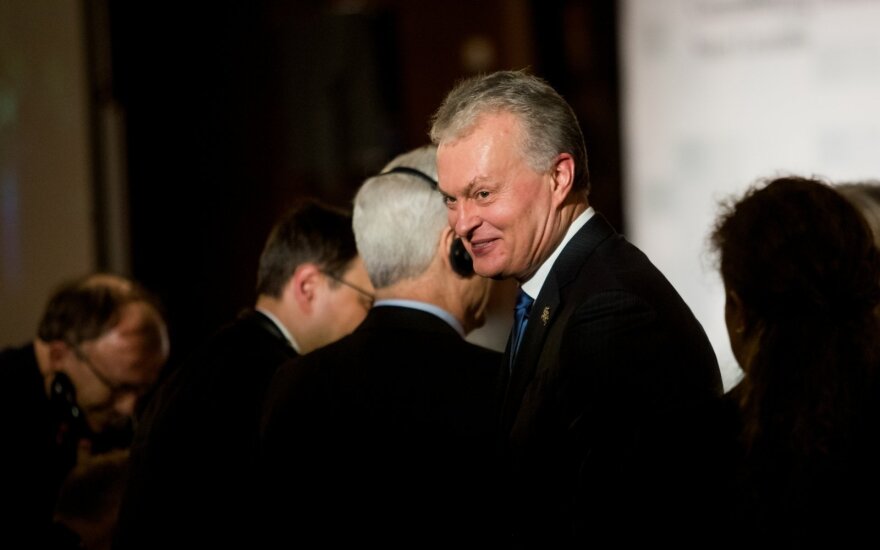 "Our country is not ready to immediately swallow such a huge green economy bite and therefore we will need assistance, significant assistance," Nauseda told journalists following EU leaders' discussions.

EU leaders, except for Poland, earlier backed the goal to move to a climate-neutral economy by 2050. To ensure that, countries will need to reduce greenhouse gas emissions almost to zero and compensate for the remaining emissions by planting trees and involving the CO2 collection technology that is being developed now.

"I believe that those will largely not be expenses in the classic sense of the word. They will be certain investments as that money will go to economic sectors that will become less polluting and more effective," Nauseda said. "That money will help to increase cost efficiency and to have more modern economic structures and (…) a higher long-term financial return," he said.

According to the Lithuanian president, other areas funded from the EU budget should also be viewed in the climate change context, for example, cohesion funds aimed at reducing differences between EU member states.

During the ongoing budget negotiations, Lithuania wants the cohesion funds the country receives are not cut as drastically as proposed by the European Commission and the Finnish presidency.

Bank of Lithuania projections for next year unchanged

With global economic growth continuing to weaken, the pace of economic development in Lithuania will...

All laws adopted in Lithuania should be considered in terms of their possible environmental impact ,...