...
BNS
aA
EU leaders will likely to smoothly approve the recently-reached Brexit deal on Thursday but doubts remain on whether it will receive backing from the UK parliament, Lithuanian President Gitanas Nauseda says. 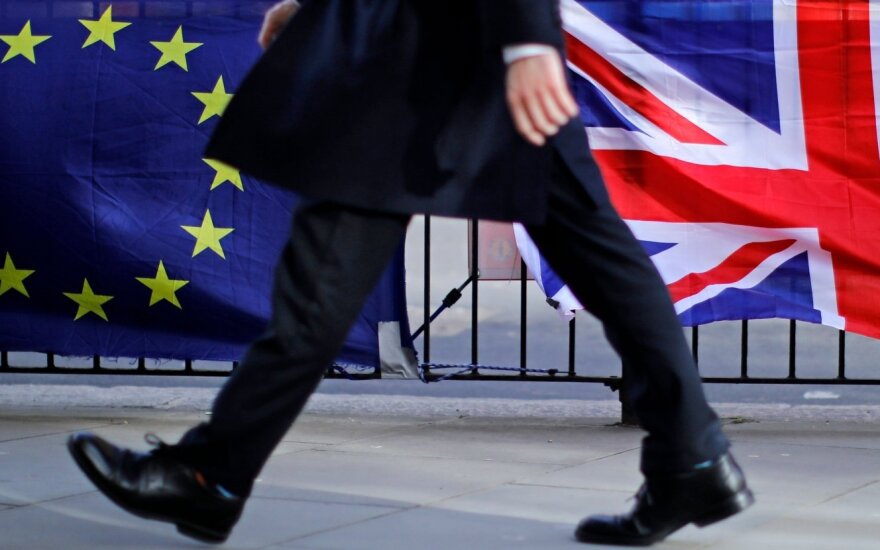 "I don’t see any major technical problems regarding the approval by the European Council," Nauseda told journalists in Brussels ahead of the EU summit, the first he will attend. "I see a bigger threat when this document reaches the UK parliament as it's difficult to predict there."

The news of a Brexit deal reached by London and Brussels broke soon after the Lithuanian army plane carrying Nauseda and an accompanying delegation landed in Brussels.

The new deal would see Northern Ireland trade under EU regulation, but remain within the UK custom area.

The deal might face obstacles in the British parliament as not only the opposition Labor but also Northern Ireland's Democratic Unionist Party (DUP), which is in a coalition with the Conservative Party, object to it.

"It's a big step forward but it’s not the end. None of us could say today that the UK parliament's decision would be. I would like it to be a positive one so that this whole saga or epic ends," Nauseda said. "I don't want to start predicting anything as it's unpredictable."

Nauseda also acknowledged the existence of a possibility that another emergency summit would have to be called to extend the Brexit deadline if the British parliament rejected the new deal.

In his words, if necessary, Lithuania "would back the extension of the deadline if we saw that we could agree on something during that extension".

The Lithuanian president also called a no-deal Brexit "the worst alternative" as "economic, financial and human losses would be rather big".

As part of preparations for cooperation with Britain after its departure from the EU, the Lithuanian...