BNS
aA
The Melnrage outer deepwater port project in Lithuania will not be developed "for at least a decade", the country's environment and transport ministers say after they agreed to update solutions of the Lithuanian territory's general plan. 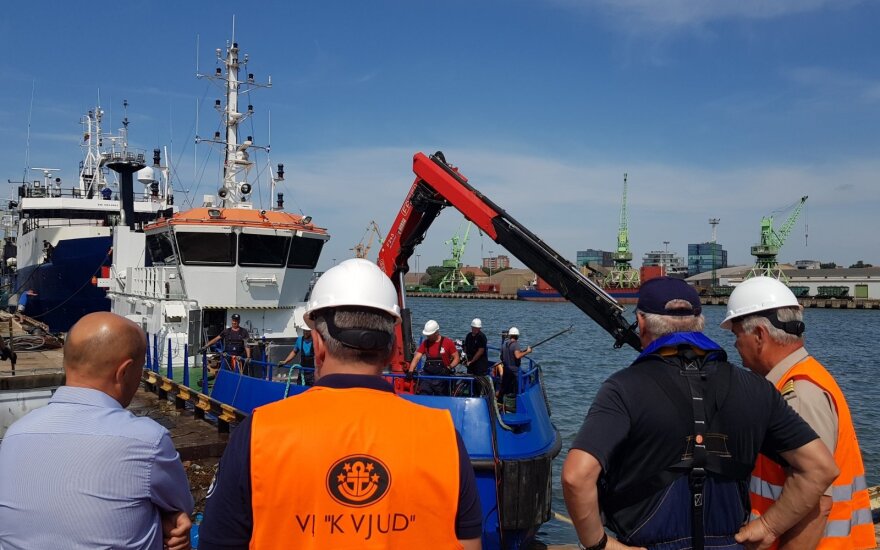 "We cannot just hang the outer seaport up in the air, therefore, we are closing the discussion for a long period of time, and other governments should decide on that. Now, let's think about the expansion of the (Klaipeda) port's southern part," Gentvilas said.

Transport Minister Marius Skuodis says the port of Klaipeda's existing capacity should be used, and, finally, the answer should be provided as to whether an outer porter is in fact possible in the environmental sense.

"The mid-term priorities linked to the port's expansion include its deepening, the expansion of new territories in the port's southern part and better use of handling capacity. We could get back to the outer port issue in the future," Skuodis was quoted as saying in a statement.

The construction of an outer port was included in the port of Klaipeda's general plan, both Skuodis, who assumed the ministerial position in December, and port companies have doubts about the project.

The port of Klaipeda's general plan was endorsed several years ago, and it was then estimated that the outer port project could cost around 800 million euros.

Consumer trends and the closed nature of the Baltic Sea are making the problem of plastic pollution in...

The Klaipėda FEZ community remains active during the COVID-19 pandemic

Over the past few years, the Klaipėda Free Economic Zone (FEZ) has become not only a large industrial...

The modern opera house in Dubai, the Danish Maritime Museum with its amazing architecture, the...