(1)
BNS
aA
The joint management model of the European standard-gauge railway project Rail Baltica is already posing threat to the project's continuity, Lithuanian Transport Minister Jaroslav Narkevic said after hinting about the possibility of building the railway independently without Estonia and Latvia. 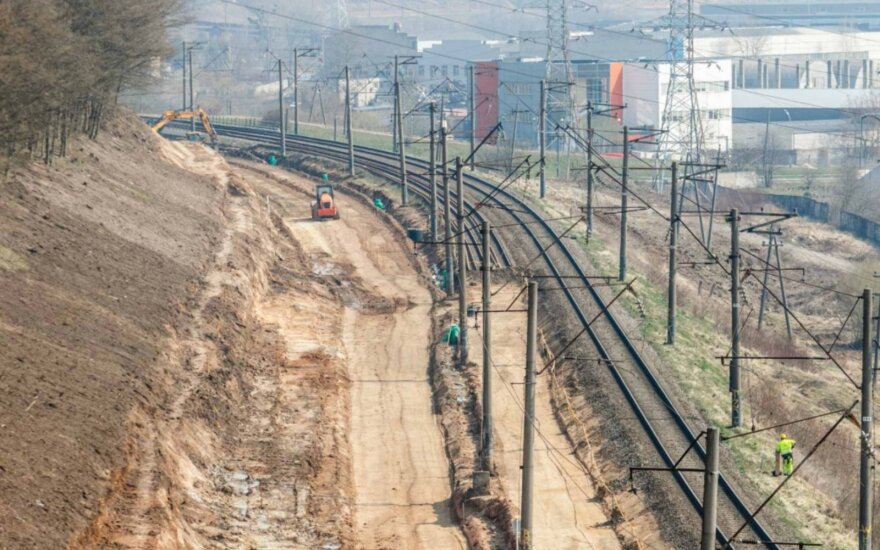 "There's a period when we can improve organizational and managerial sovereignties, but when this so-called improvement poses threat to the project's continuity, we need to clearly say whether we need to take this path any further," Narkevic told a press conference in Vilnius.

In his words, Lithuania has been analyzing for some time already whether it would be rational to continue the Rail Baltica process independently.

"With all responsibility, I say that for some time already we have been analyzing and making calculations on whether independent construction in Lithuania's territory, in line with all commitments, would be more rational, faster and ensuring that we can implement that project by 2026," Narkevic said.

He assured that such implementation would not affect the technological integrity of the pan-Baltic project.

According to the minister, Lithuania does not want companies from other states to build infrastructure in its territory, saying that Lietuvos Gelezinkeliai (Lithuanain Railways), Lithuania's state-owned railway company, should do that.

But the minister did not specify as to whether the country would consider withdrawing from the pan-Baltic company, RB Rail, which is implementing the project.

Latvia and Estonia would like the Rail Baltica implementation to be more integrated. But Lithuania is resisting and wants to continue implementing the project independently and leave maintenance of the built infrastructure for Lietuvos Gelezinkeliai.

The Baltic states have been in dispute over Rail Baltica's implementation model for some time already. And RB Rail's former CEO Baiba Rubesa, who left the company several years ago, also spoke about conflicts of interests within the project.

Under Rail Baltica's existing management model, the project is only partly centralized as RB Rail is coordinating the project's implementation, studies and cost-benefit analyses, which is all important for all Baltic states, and it is also responsible for the common standard, electrification and the introduction of traffic management systems.