Minister: minimum wage could rise by EUR 35 next year

BNS
aA
Lithuania's minimum wage could be raised by about 35 euros to 642 euros as of next January, Social Security and Labor Minister Linas Kukuraitis said on Thursday. 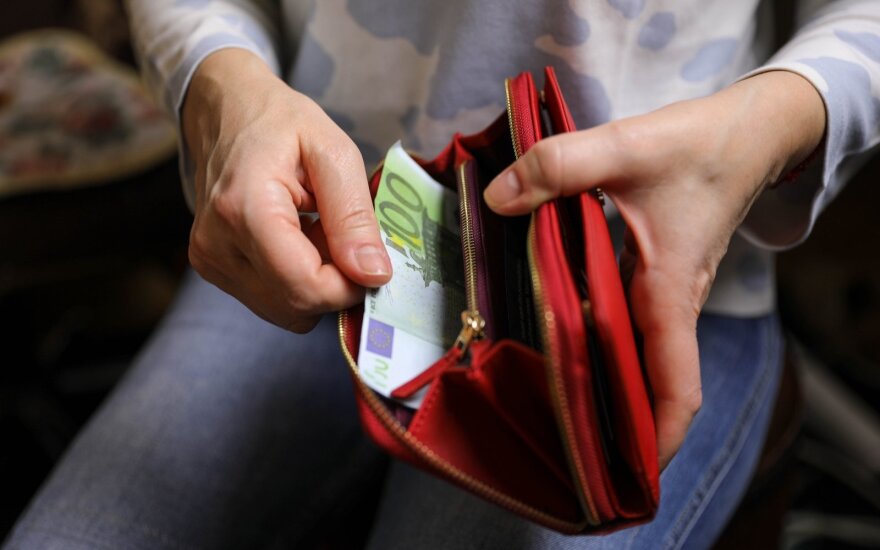 On Wednesday, the Tripartite Council, which brings together the government, employers and trade unions, started discussions on raising the minimum wage, but failed to agree on the size of the wage increase.

Kukuraitis said that his ministry is inclined to agree with the Bank of Lithuania's new estimate that the minimum wage should reach 48.1 percent of the average wage next year, up from the current 47.5 percent.

"The government usually chooses somewhere between trade union's proposal and that of employers," he told the Ziniu Radijas radio station.

If the Tripartite Council fails to reach a deal, the government will have to make the decision, according to the minister.

Related articles
Minister: basic pay for civil servants in Lithuania to go up by one euro
Trilateral Council to consider raising minimum wage

"We'll have to make that decision in any case. This concerns both the budget formation and a clear legal norm," he said.

A decision should be taken as soon as possible, but the situation is complicated by the uncertainty caused by the coronavirus pandemic and rapidly changing economic forecasts, the minister noted.

Trade unions suggested increasing the minimum wage by 56 euros to 663 euros before tax, but employers asked the council not to discuss this issue at all amid the uncertain economic situation.

The Tripartite Council has decided that the minimum wage should make up 45-50 percent of the average wage.

The Finance Ministry has recently released its updated economic forecasts, showing that it expects average gross wages to grow by 6.5 percent this year. Wage growth is projected to decelerate to 3.3 percent next year.

The minimum wage was last raised to 607 euros before tax in January 2020.

Minister: basic pay for civil servants in Lithuania to go up by one euro

The basic pay rate for politicians, judges , officers, civil servants and other employees of...

Lithuania's Trilateral Council representing the government, employers and workers is meeting on...

The State pays subsidies to companies that have announced downtime for employees during quarantine...

The Lithuanian government proposes to raise the minimum wage from 607 euros to 642 euros before tax...