BNS
aA
The Lithuanian state's 2021 budget bill has been drafted with the aim of reducing the general government deficit and stabilizing the growth of debt relative to GDP, Finance Minister Vilius Sapoka said on Tuesday. 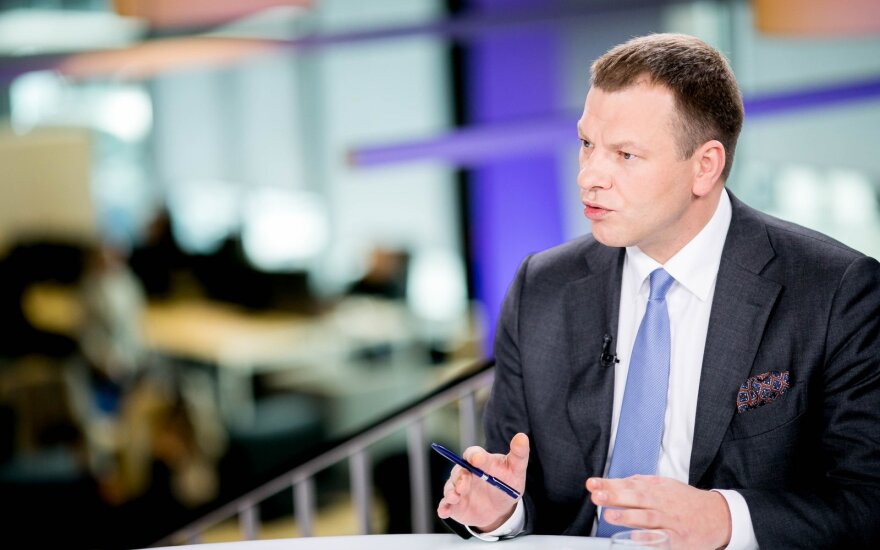 "We must be extremely careful and not only avoid new long-term commitments that aren't backed by sustainable finances, but also freeze spending growth," the minister said while presenting the bill to the parliament.

"Only then will we be able to achieve one of the main principles, which is to stabilize the growth of the debt-to-GDP ratio," he said.

The budget has been drawn up with a focus on other important priorities, too, and in light of high uncertainty about the future, due both to the coronavirus pandemic and economic prospects in the world, the European Union and Lithuania, Sapoka said.

The general government deficit is expected to narrow to 5 percent of GDP this year, from an estimated 8.8 percent this year.

Related articles
Minister: Lithuania financially capable of withstanding another coronavirus outbreak
Simonyte: key budget issue is what to do with borrowed money

The government proposes to raise the minimum wage from 607 euros to 642 euros before tax and increase the monthly child benefit from 60 euros to 70 euros next year. Pensions are likely to grow by around 7 percent.

The basic pay rate for politicians, judges, officers, civil servants and other employees of budgetary institutions should rise by one euro, from 176 to 177 euros.

The draft 2021 budget of the state social insurance fund Sodra targets a surplus of 61.295 million euros, with revenue projected at 5.063 billion euros and expenditure at 5.002 billion euros.

The 2021 budget package will be discussed by the outgoing Seimas, but it is expected to be approved by Christmas by the new parliament.

Lithuania's defense budget is projected to exceed 2 percent of GDP in 2021, according to the...

Lithuania's new government is planning to review all existing tax incentives, including the excise tax...