BNS
aA
Former MP Sarunas Gustainis, one of the defendants in a high-profile political corruption trial involving MG Baltic and two political parties, says charges that he took a bribe from the business group in exchange for initiating certain law amendments "were plucked out of thin air". 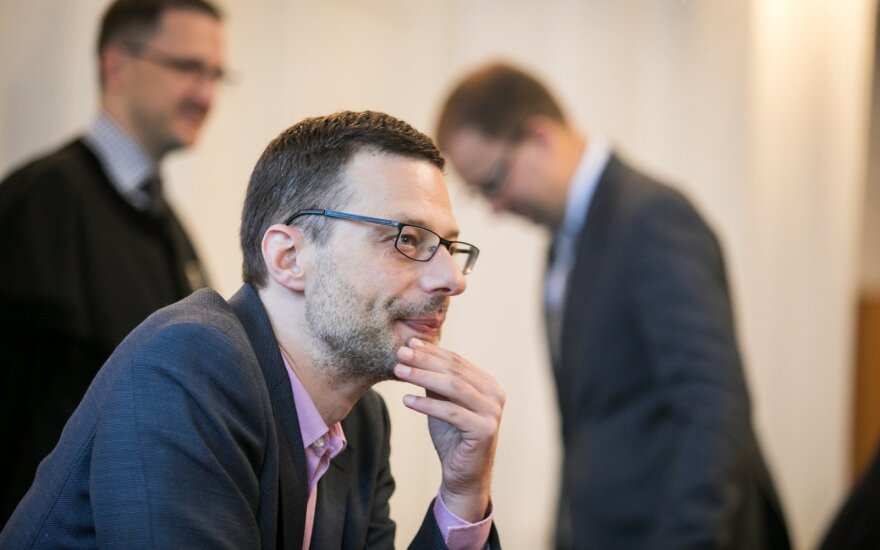 The former politician told the court on Thursday that the group had provided funding to the institute since 2010 and the 8,700 euros it received from MG Baltic Media in 2015 "was the last ever given to TPI".

Gustainis said he knew nothing about the group's decision to financially support TPI.

"The charges against me were plucked out of thin air", he told the court. "Nobody coordinated anything with me and nobody asked me for anything."

According to prosecutors, at the request of Raimondas Kurlianskis, who was MG Baltic's vice-president at that time, Gustainis registered certain amendments to the Law on Consumer Credit in the parliament and later voted in favor of them.

Other persons indicted on corruption charges in the case include liberal MP Eligijus Masiulis and former Labor Party MP Vytautas Gapsys. MP Gintaras Steponavicius was charged with abuse of office.

Formal charges in the political corruption case were also brought against MG Baltic, the Liberal Movement and the Labor Party as legal entities.

All defendants deny the charges, saying the investigation was biased.

The public prosecutor on Friday asked the court to convict Raimondas Kurlianskis, a former...