BNS
aA
Media organizations have on Tuesday asked government institutions to defer tax payments and provide state subsidies to mitigate the impact of the coronavirus crisis. 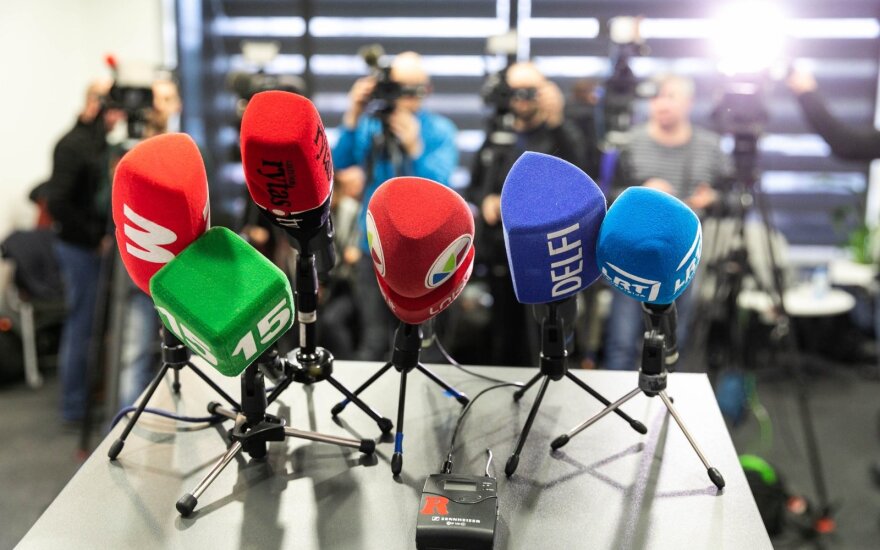 In a public statement, media outlets say adverting orders are being cancelled and publications are being withdrawn from closed points of sale.

"The problems of cancelled advertising orders and the withdrawal of publications from closes points of sale pose threat to continuous functioning of both national and regional media outlets," the statement says.

Media representative warn they are facing financial problems, and if the existing quarantine is extended and the state provides no assistance, the functioning of the media might be "practically impossible".

"Additional losses of 6 million euros are estimated from clearly reduced sales of printed publications at points of sale," the statement reads.

Related articles
Central bank: economy will contract at least 1.2 pct this year due to coronavirus
Help for business: tax breaks and economic stimulus package in plan

It was signed by the heads of the association "National Press", the national association of district and city newspaper publishers, the Lithuanian Radio and television and online media.

They are asking the government to defer tax payments for companies of the media sector for four months, to provide state subsidies for salary payments, and simplify the public sector's public procurement tenders for information dissemination.

Central bank: economy will contract at least 1.2 pct this year due to coronavirus

Lithuania's economy is set to shrink at least 1.2 percent this year due to the coronavirus ,...

Lithuania to start quarantine on Monday 104

Saturday evening the Lithuanian government decided to introduce quarantine in the country starting...

The Ministry of Health confirmed a new case of COVID-19 in Lithuania. It is the 4th case on Tuesday,...

The Lithuanian Seimas has approved key economic measures to help businesses and workers to mitigate...

Importance of digitalization during crisis: adapting to new market reality

Digital solutions can provide a safe way for consumers and businesses to manage their day-to-day...