...
BNS
aA
Lithuanian Environment Minister Kestutis Mazeika accused on Wednesday Gintautas Pangonis, the CEO of Lithuania's paper and wood industry group Grigeo, of lying about the causes of pollution in the Curonian Lagoon, and said the damage to the environment could amount up to 60 million euros. 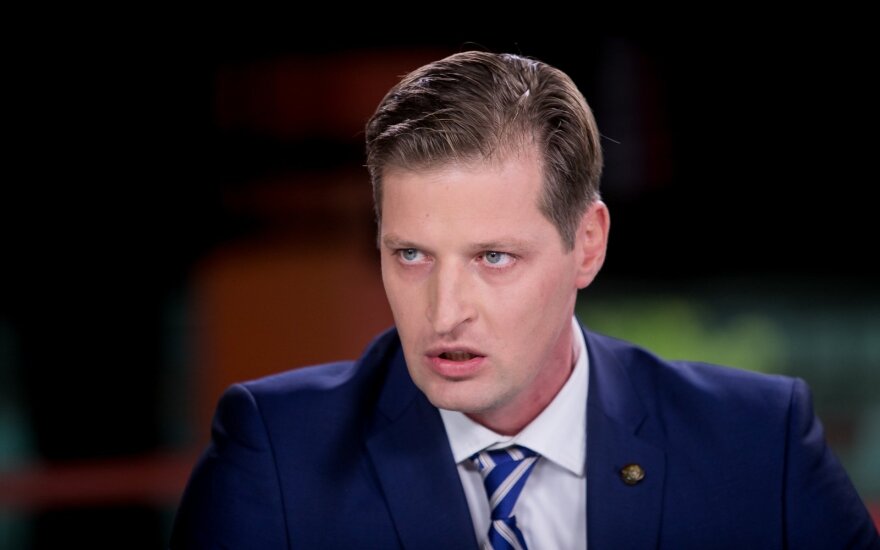 "He's lying in a very cynical way," Mazeika told BNS when asked about Pangonis' claim that the release of untreated wastewater by Grigeo Klaipeda, the group's cardboard production subsidiary, was due to a breakdown.

The minister said the company had stopped releasing untreated wastewater into the lagoon.

"To my knowledge, the release (of wastewater) has been halted. The company is not using its (waste) treatment equipment," he said.

According to Mazeika, the damage to the environment could reach 60 million euros.

"The statutory limitation period is five years, so we can estimate the amount of damage for five years. It could be 12 million to 13 million euros annually (...), or around 60 million (in total)," he said.

Pangonis, Grigeo's president and biggest shareholder, said on Tuesday that the pollution could have been due to a breakdown, rather than intentional activity.

His comment came after prosecutors in the port city said they had launched an investigation on suspicions that Grigeo Klaipeda could have been releasing untreated wastewater into the lagoon through a special pipe.

Specialists from Lithuania's Environmental Protection Department plan to carry out an unplanned...

Grigeo CEO: wastewater could be released into Curonian Lagoon due to breakdown

Wastewater could be released into the Curonian Lagoon due to a breakdown, not intentionally,...

Lithuanian prosecutors on Monday launched an investigation into environmental pollution...

Partially untreated wastewater from Grigeo 's cardboard factory in Klaipeda was released into the...

In response to the Curonian Lagoon pollution scandal, Lithuanian President Gitanas Nauseda has...