Lithuanians optimistic about national economy and EU response to COVID-19

...
BNS
aA
Lithuania is one of the few EU member countries where people's optimism about the national economy has increased over the year, according to the latest Eurobarometer survey. 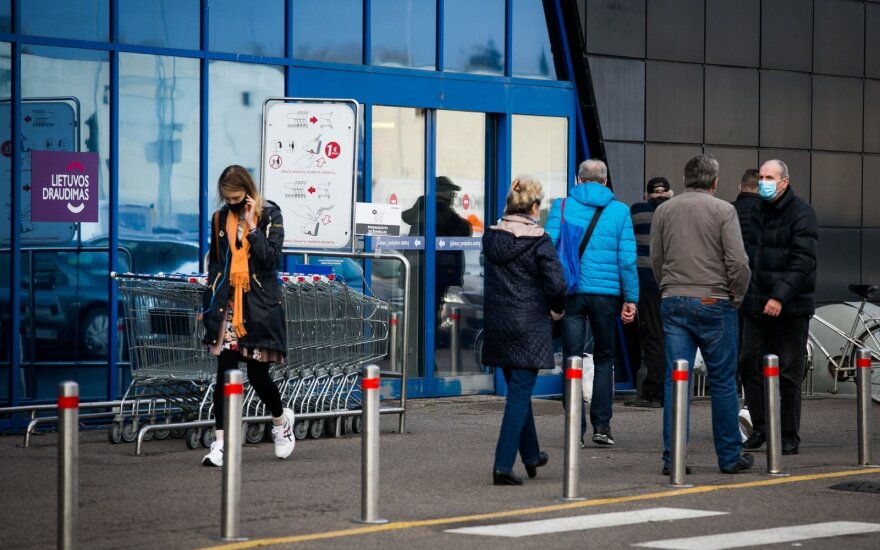 Fifty-six percent of respondents in Lithuania thought that the situation of the national economy was "good", well above the EU average of 34 percent.

Lithuania and Greece are the only countries where perceptions of the current situation of their national economies have improved from the previous survey – by ten and nine percentage points, respectively.

Respondents in six countries, including Estonia, were more optimistic than Lithuanians about their national economies.

Seventy-five percent of Lithuanians were optimistic about the EU's future, a level second only to Ireland's 81 percent and well above the bloc's average of 60 percent.

Fifty-nine percent of Lithuanians said they trusted the EU, the third-highest level in the bloc and above its average of 43 percent. However, the level of trust among Lithuanian respondents declined by seven percentage points over the year.

Fifty-nine percent of Lithuanians were also satisfied with the EU's efforts to combat the coronavirus pandemic, the fifth-highest proportion in the EU and above the bloc's average of 45 percent.

Thirty-seven percent of Lithuanians thought that developing financial means to find a treatment or vaccine was the top priority for the EU's response to the crisis – the same as the bloc's average.

When asked about the EU's response to the COVID-19 pandemic, 80 percent of Lithuanians said they trusted the EU to make the right decisions in the future – the second-highest proportion after Ireland's 81 percent and above the bloc's average of 62 percent.

The Eurobarometer survey was carried out between July 9 and August 26, 2020. It involved a total of 26,600 respondents across the EU, including 1,005 in Lithuania.

On Thursday, 1656 new COVID-19 cases were detected in Lithuania . In total, the country has already...

The Lithuanian government decided on Wednesday to place the country under a three-week nationwide...

As Lithuania has started three-weeks national lockdown on Saturday, the number of new COVID-19 cases...

On Tuesday, 1433 new COVID-19 cases were recorded in Lithuania . In total, the country has already...

The Lithuanian government approved on Wednesday the Health Ministry's proposal to acquire 1.5 million...

Lithuanians have a positive view of the European Union 's existing anti- pandemic measures, but 65...