D+ nariams    Prenumeruoti
BNS
aA
Several Lithuanian trucks are stuck at the Lithuanian-Belarusian border and the Latvian-Estonian border amid Russia's ban on the import of food products from the EU, the director of the Lithuanian State Food and Veterinary Service has informed on Friday. 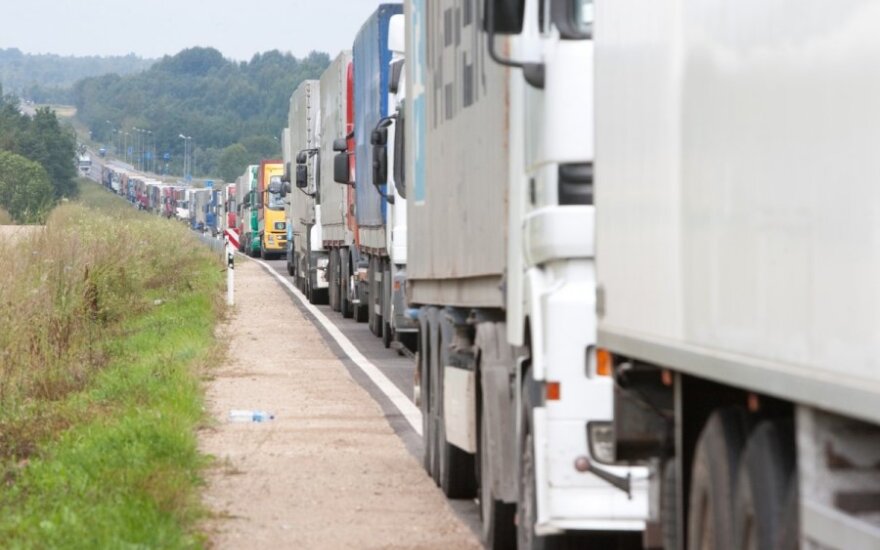 Trucks carrying meat and milk products are not allowed to cross into Russia even if they were loaded before the embargo was announced, Jonas Milius said.

"Some vehicles have been stopped at the border. We want them to be cleared because they left before the embargo and were in the queue," h

The deputy chairman of the Tere milk processing company, Ülo Kivine, says he is most worried for...

At Friday's meeting with Minister of Economy and acting Prime Minister Evaldas Gustas and Minister of...

Russian sanctions to shave off 0.2 percent of Lithuanian GDP growth

The growth of the Lithuanian gross domestic product ( GDP ) may slow down by 0.2 percent in the wake...

The European Union (EU) is considering to address the World Trade Organization (WTO) over the...

Latvian fish canneries and dairy companies are likely to suffer most due to Russia 's import ban, the...

The effect of Russia 's restrictions on imports of agricultural produce and food products on...