DELFI EN
aA
New diesel passenger vehicles are not only more fuel efficient, but also emit less greenhouse gas (CO2), as compared with the nearest comparable vehicle with petrol engine. The researchers of the Faculty of Transport Engineering at Vilnius Gediminas Technical University (VGTU) have concluded this after emission tests have been carried out on cars made in 2019, informs the university. 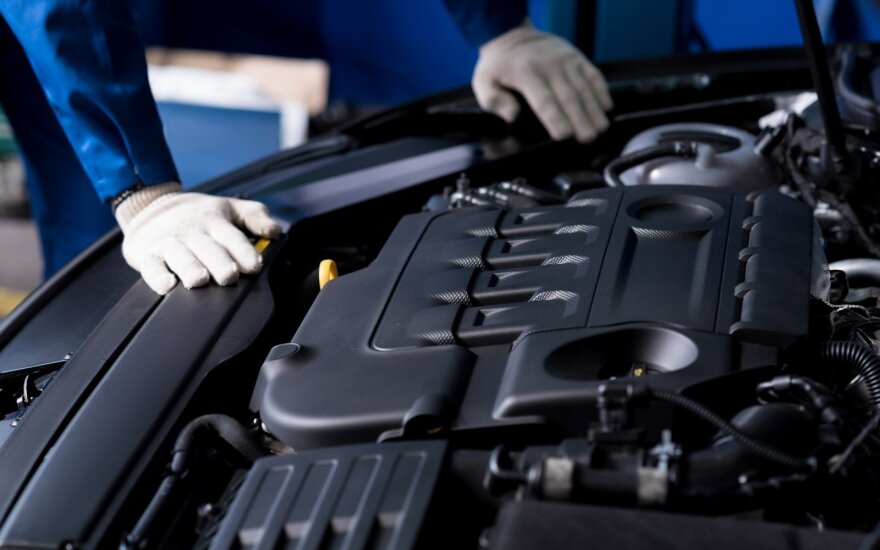 The tests were carried out on the same model of cars with the same engine capacity. The only difference between the tested cars was the fuel: petrol vs diesel. The measurements were taken at three different speeds: 50 km/h, 90 km/h and 120 km/h. In addition, the engine load was increased during tests taking into account the fact that in reality cars accelerate during an overtake, drive uphill or on bends.

It turned out that diesel engine needs 26% less fuel and emits 16% less CO2 as compared with a car with a petrol engine. The parameters of energy and ecology have been measured while the engines worked in regular mode. Emission of other pollutants was insignificant due to the effective functioning of emission control systems in cars.

In general, according to all pollution parameters both types of engine meet the latest EURO 6 standard.

“After testing the engines at three different speeds we have found that the actual CO2 emission is similar to the one declared by the manufacturing company. Also we have estimated that emission of a diesel engine is 15-20% less than that of a petrol engine. The tested cars have systems that reduce emissions; thus, emission of other pollutants – carbon monoxide, hydrocarbons, nitrogen oxides – is very close to zero,” says assoc. prof. Alfredas Rimkus from VGTU’s Faculty of Transport Engineering.

One of the main reasons for lower CO2 emissions of diesel passenger vehicles is related to their efficiency. In other words, lower fuel consumption then in petrol engines: emissions are lower when less fuel is used.

A. Rimkus notes that pollution parameters of petrol and, especially, diesel passenger vehicles depend on the vehicle age and technologies that are installed – particulate filters, catalytic converters.

“We have tested new passenger vehicles, and these usually do not have particulate emissions. Typically, particulate and nitrogen oxides’ emissions are higher in older diesel cars where emission control systems are not renewed or poorly maintained,” says A. Rimkus.

According to him, pollution parameters also depend on the type of fuel that is used. For example, new generation biodiesel is produced using the latest technologies. It can have less carbon, which is replaced with hydrogen. This type of biofuel may be produced from miscellaneous materials; among them waste products of various industries, household waste, non-food agriculture products. Thus, CO2 emissions can also be reduced by choosing more environmentally friendly type of fuel, which is renewable and contributes to waste recovery.

Other tests also prove dramatically lowering pollution levels of new diesel cars. Tests on emission of nitrogen oxides carried out by Emissions Analytics – the leading independent global testing and data specialist for the scientific measurement of real-world emissions – reveal that in 2013 the cleanest 10% of diesels emitted 265 mg/km and the dirtiest 10% emitted 1777 mg/km. In 2017, the cleanest 10% achieved an impressive 32 mg/km, but the dirtiest 10% were 1020 mg/km. On average, diesel NOx emissions have fallen from 812 mg/km to 364 mg/km in four years.

The Vehicle Certification Agency in the UK also notes that diesel cars have significantly lower emissions. Recommendations issued by the Agency emphasise that it is due to higher efficiency of these engines.

A research carried out by scientists from the University of Montreal shows that emission of petrol vehicles increases significantly at lower temperatures as compared with diesel cars. In addition, the EU emission standards are getting stricter and vehicle technologies keep on developing. In overall terms, it can be said that the newer the diesel vehicle, the greener it is.

Lithuania's Competition Council has cleared the acquisition of Silberauto , an importer and...

The Lithuanian Cabinet approved on Wednesday a new tax aimed at encouraging people to buy less...

Danger of noise: more than 100 different species might distinct

Researchers from Queen’s University Belfast have found noise pollution is threatening the...