EN.DELFI
aA
15,000 Vilnius marathon participants will get a chance to use Lympo Run, an app which will reward runners with crypto tokens for running, a press release from Lympo states. 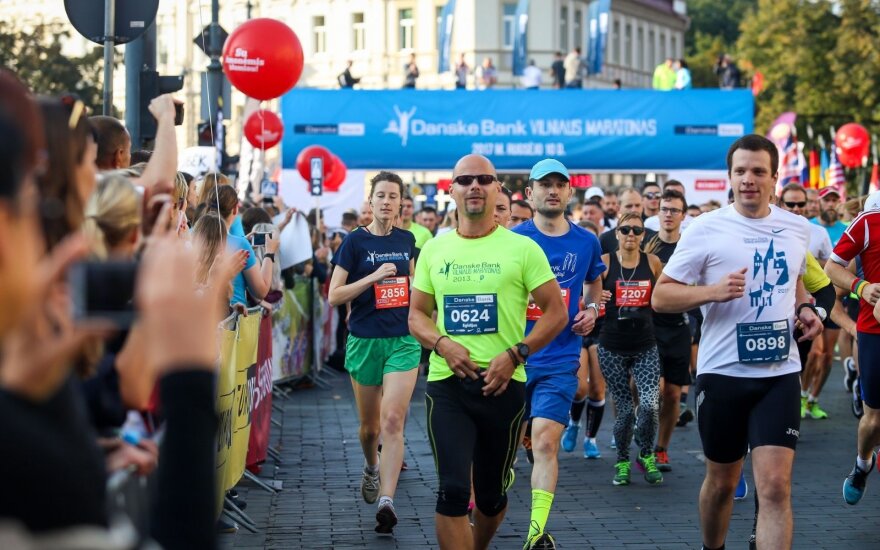 Lympo, a blockchain company incentivizing healthy habits by rewarding people for completing sports challenges, will launch its early version of the app on September 9, during Vilnius Marathon – the largest annual marathon in the region.

Lympo aims to encourage healthy living around the world by rewarding people for exercising and leading more active lives. With the help of blockchain technology and fitness gamification, users will be paid through the app for completing fitness challenges.

The rewards will be issued as LYM crypto tokens and they can then be used to purchase sports products, such as sports clothes and sneakers right from inside the app. LYM tokens can also be exchanged to euros or dollars on digital currency exchanges.

Up to 15,000 runners will receive LYM tokens in the app's digital wallet after completing the different races, which range from a 200m children's run to a full marathon.

"This is a beginning of a great journey for Lympo. Later this year, our app will become available in the US, and we will enter the Chinese market with an app rewarding for squats. I believe that this extra motivation to be healthy will inspire a lot of people around the world," - said Ada Jonušė.

Being overweight affects up to 70% of European adults, and not only would incentivizing physical activity address this problem by encouraging a more active lifestyle, but the health and fitness products that LYM tokens buy could help users easier achieve their own personal fitness goals.

"It's a winning combination to offer our runners a new way of motivation for their quest to achieve health goals and have Lympo app supporting this year's Danske Bank Vilnius Marathon," said Race Director Darius Mikulis.

Lympo has already closed partnership deals with the sports world elite like the No. 2 women tennis player in the world Caroline Wozniacki and the NBA club Dallas Mavericks. Most recently, the company announced that the former Prime Minister of Estonia, Taavi Rõivas, has joined Lympo as the new chairman of the company's Supervisory Board.

Lympo is also attracting a lot of attention globally. The company has active communities in China and Turkey.

Lympo CEO Ada Jonušė is a frequent speaker at blockchain events and has been named an emerging European tech star by the Financial Times, Google and other New Europe 100 list partners. Before co-founding Lympo, Jonušė worked for the United Nations and in the European Parliament. Her primary goal with Lympo is to create an ecosystem where data is used efficiently by all industry stakeholders, and where everyone is rewarded fairly.

Ada will be a speakers at the largest ICT and entrepreneurship event in Baltics #Switch!, on the September 20th in Vilnius, at the professionals and youth pillars. Youth panel "What the heck is blockchain" will start at 10.15 am. Ada will share insights together with member of the European Parliament, initiator of Switch Antanas Guoga, CEO of Blockchain Centre Vilnius Eglė Nemeikštytė, adviser of Lithuanian Central Bank Jekaterina Govina, CBDO of Unboxed Donatas Smailys, CEO of Cryptodus.com Lukas Kairys, adviser of Lithuanian banks association Vilius Tamkvaitis, moderator and the creative spirit of the discussion - Jurgis Didžiulis. Immediately after this panel #Switch Professionals discussion "Are ICOs able to actually deliver?" will start at 11 am. During the panel, views will be shared by Minister of Financial Services and Gaming of Gibraltar Albert Isola, Partner and General Manager at Nexture Ventures Mindaugas Glodas, Co-founder at Debitum Martin Liberts, and CEO of LYMPO Ada Jonušė.

#SWITCH! the Baltic region's biggest modern technology and entrepreneurship event, has been held for four years in a row. At the event, Lithuanian and foreign business and society leaders, start-up creators, visionaries and politicians will share their experience, insights and advice. The main goal of #SWITCH! is to drive the growth of cutting-edge ideas and technologies in Lithuania to help create a modern state that is competitive on the world stage.

The Bank of Lithuania has been selected as the winner of the first Catalyst Award in the FinTech...

Fintech in Lithuania: can we take the leading position already?

Lithuania's image on the international scene is promising: in 2017 alone, 35 fintech companies were...

Former Prime Minister of Estonia Taavi Rõivas to the Lithuania Tribune (EN.DELFI) about the future...

Corporate bond offerings were always one of the most compelling ways to invest. Usually, it is...

Startup from Lithuania among 50 most innovative in Europe

Company from Kaunas, Lithuania icy365 was recognized as one of the most innovative in Europe. The...

TransferGo receives electronic money license from the Bank of Lithuania

The Bank of Lithuania has provided an electronic money license to the international money transfer...