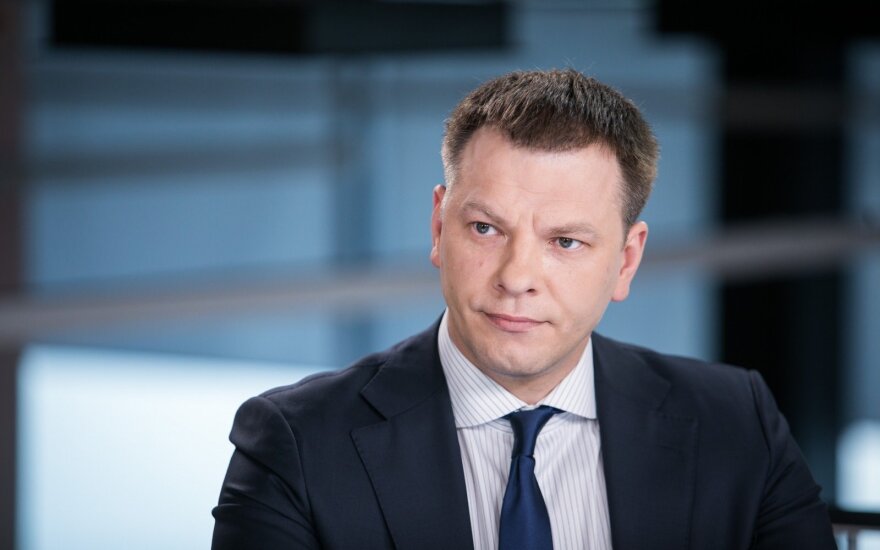 "If we look at the period when these stories surface, there are certain coincidences. These topics emerged in the run-up to elections in Latvia, in Estonia, in Sweden and in Lithuania. It may be a coincidence, but it may be no coincidence," he told members of the Liberal Movement's political group in the Seimas when commenting on the current situation in the financial market.

The minister also underlined that all these countries are in a different situation when it comes to alleged money laundering via banks.

Sapoka told the lawmakers that officials from various agencies have met recently "to discuss strategic communication" regarding this issue.

"We should be very careful in our communication here," he added.

The latest money laundering scandal was triggered by suspicions that around 200 billion euros might have been funneled via Danske Bank's Estonian unit over a period of several years.

The scandal widened in February to include Sweden's Swedbank and Finland's Nordea. The Organized Crime and Corruption Reporting Project (OCCRP) has reported about a money laundering scheme centering around Lithuania's now-collapsed Ukio Bankas.

Lithuania elected new municipal councils in March and will hold presidential and European Parliament elections in May.

A total of 26 persons, including eight judges and five lawyers, were detained in Lithuania on February...

The US private equity giant Blackstone Group 's acquisition of a majority stake in Luminor , one of...

Petro Vovchuk , a former chairman of the management board at Ukraine's State Food and Grains...